On the 9th of April, I deleted my LiveJournal. I wrote about it at length. Suffice it to say that I, too, share in the concerns of many many other users that the new Terms of Service imposed on LiveJournal's user base pose too great a threat to the rights of users to be tolerable.

I undeleted my account today. In the end, I decided that trying to slow down link rot on the Internet was a good reason to keep this up as an archive. I am not going to be active here. For that, see rfmcdonald at Dreamwidth, A Bit More Detail over on WordPress, and over at Facebook for starters on social media.

Goodbye, all of you here. It has been fun. I hope to see you all elsewhere.

The Financial Post carries Alastair Sharp's Reuters report noting that debt-laden Trump Tower here in Toronto has not received any bids, and that the bank that is its main debt holder is likely to take the building.

The court-run sale of a downtown Toronto high-rise bearing the name of U.S. President Donald Trump received no initial bids and ownership will likely fall to its main debt holder, a letter from the receiver showed.

The court process only indirectly involves Trump, whose sprawling business empire licenses its brand and manages the Toronto property on behalf of the developer, Talon International Inc. But the Trump International Hotel & Tower’s new owner will need to navigate an unresolved dispute over whether they can get out of that arrangement.

No qualified bids apart from a stalking horse offer of $298 million were received for the luxury hotel and condo property by an initial deadline, the receiver, FTI Consulting, said in a letter dated Feb. 21 and seen by Reuters on Monday.

“As a result, the Receiver has determined that the Stalking Horse Bidder is the Successful Bidder,” the letter said.

With no rival bidders emerging, the hotel’s ownership will likely fall to JCF Capital ULC, which on Sept. 29 bought the $301 million owed on the tower’s construction loan, before quickly moving to initiate the sale process. 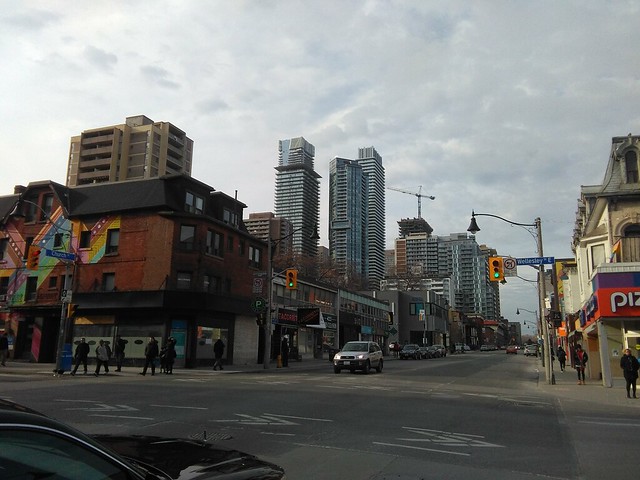 In the afternoon light, the condo towers of the Yonge and Bloor area loom over Church and Wellesley. The northwest corner of this intersection is likewise set for a massive transformation, a condoization. This scene will not be here for much longer.

Two links are being added. 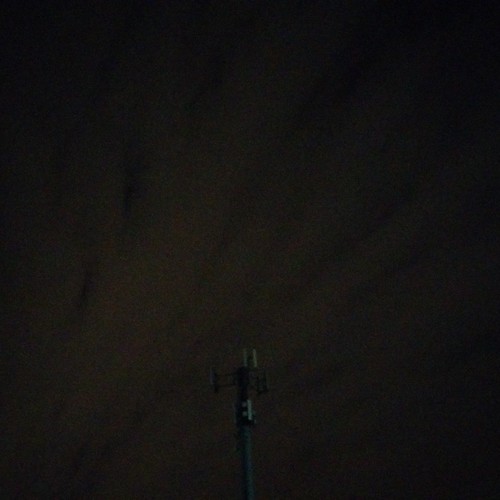 The signals tower on the rail line to the north of my home was just barely perceptible, late last night, against the bright clouds. 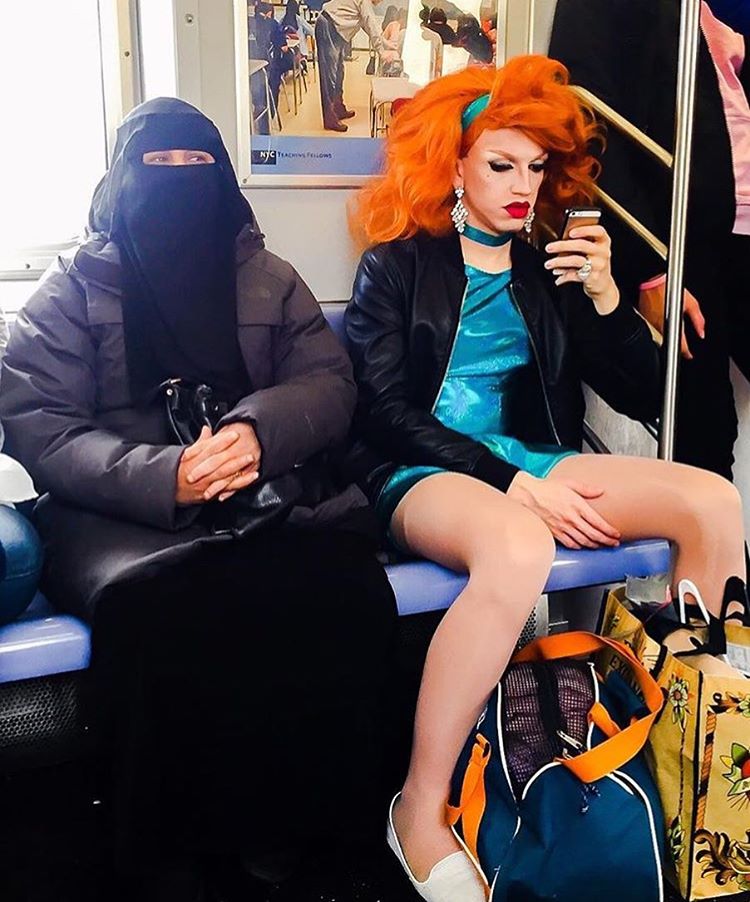 Samuel Themer never planned to be a symbol of everything that’s right or wrong with America. He just wanted to go to work. But when he hopped on the subway to head into Manhattan on February 19, the Queens resident was in full drag—he performs as Gilda Wabbit. He also ended up sitting next to a woman in a niqab, a fact he initially didn’t even notice. “I was just sitting on the train, existing,” he says. “It didn’t seem out of the ordinary that a woman in full modesty garb would sit next to me.”

Someone on that W car with them, though, thought otherwise. Boubah Barry, a Guinean immigrant and real estate student, wanted to document what he saw as a testament to tolerance, so he took a photo of the pair and posted it to Instagram. “It’s diversity,” says Barry, who says he doesn’t identify as liberal or conservative but does oppose President Trump’s refugee ban. “They sit next to each other, and no one cares.”

But someone did care. After the post was shared by Instagram account subwaycreatures, the photo drifted across the internet until /pol/ News Network attached it to a tweet on Wednesday with the message “This is the future that liberals want.”

/pol/ News Network, which also recently declared Get Out to be anti-white propaganda, probably intended the post to be a warning about the impending liberal dystopia. But as soon as actual liberals saw it, they flipped the message on its head—and began touting the message as exactly the future they wanted. They filled /pol/ News Network’s mentions with messages endorsing the photo and adding their own visions of a bright future. By Thursday, it was a full-blown meme. Soon images of a future filled with interspecies companionship, gay space communism, and Garfield flooded onto social media.

This weekend, I've been thinking a lot about Michael Hobbes' very recent Huffington Post article "Together Alone: The Epidemic of Gay Loneliness". I know I'm not alone in this, having seen this article shared by several other friends and in at least one other discussion group. 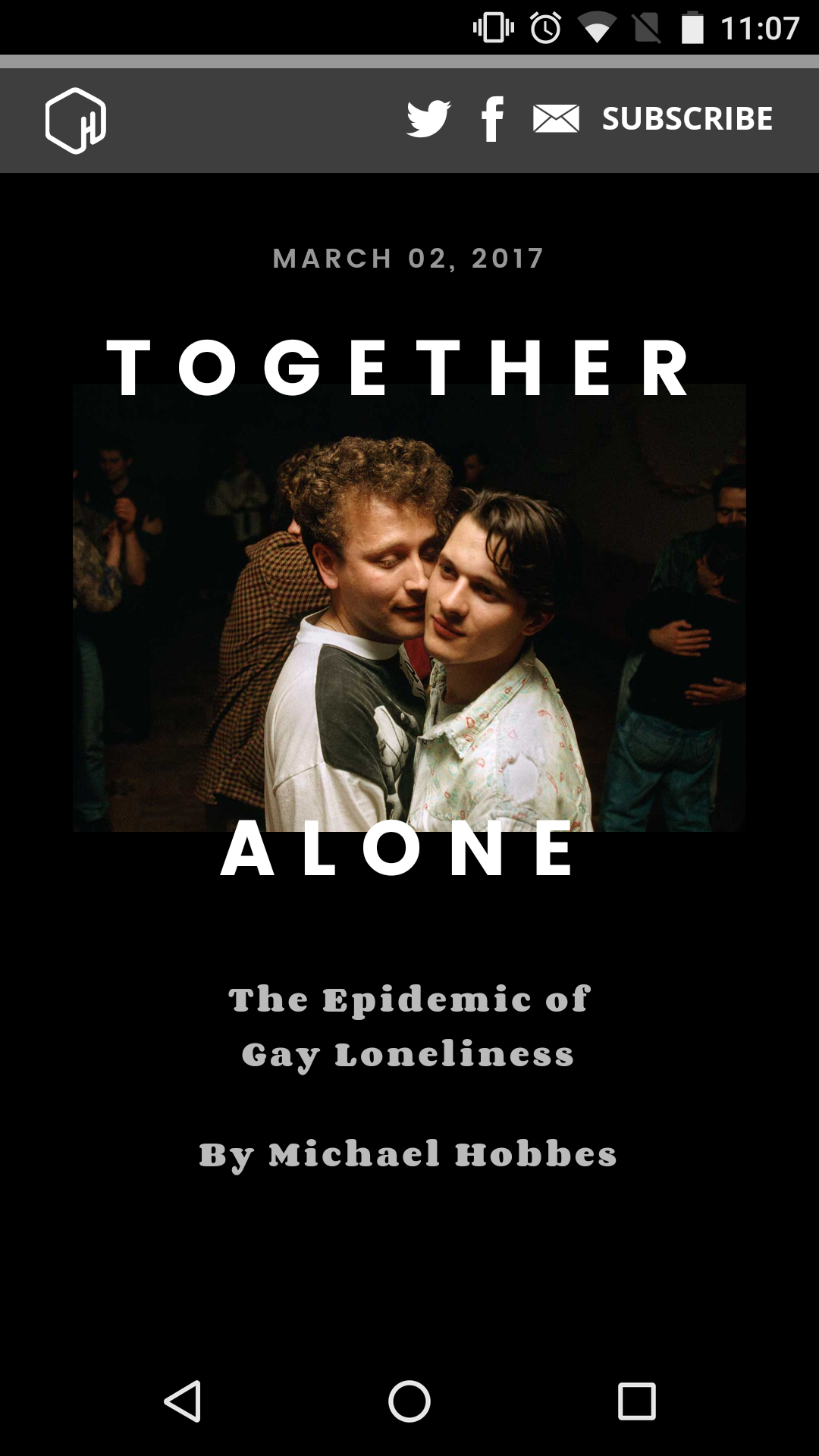 Hobbes' question is simple: Why, despite significant legal progress in the past decades, are the lives of young gay men (probably generalizable to young queer men) still marked by so many signs of trauma?

[T]he rates of depression, loneliness and substance abuse in the gay community remain stuck in the same place they’ve been for decades. Gay people are now, depending on the study, between 2 and 10 times more likely than straight people to take their own lives. We’re twice as likely to have a major depressive episode. And just like the last epidemic we lived through, the trauma appears to be concentrated among men. In a survey of gay men who recently arrived in New York City, three-quarters suffered from anxiety or depression, abused drugs or alcohol or were having risky sex—or some combination of the three. Despite all the talk of our “chosen families,” gay men have fewer close friends than straight people or gay women. In a survey of care-providers at HIV clinics, one respondent told researchers: “It’s not a question of them not knowing how to save their lives. It’s a question of them knowing if their lives are worth saving.”

I’m not going to pretend to be objective about any of this. I’m a perpetually single gay guy who was raised in a bright blue city by PFLAG parents. I’ve never known anyone who died of AIDS, I’ve never experienced direct discrimination and I came out of the closet into a world where marriage, a picket fence and a golden retriever were not just feasible, but expected. I’ve also been in and out of therapy more times than I’ve downloaded and deleted Grindr.

“Marriage equality and the changes in legal status were an improvement for some gay men,” says Christopher Stults, a researcher at New York University who studies the differences in mental health between gay and straight men. “But for a lot of other people, it was a letdown. Like, we have this legal status, and yet there’s still something unfulfilled.”

This feeling of emptiness, it turns out, is not just an American phenomenon. In the Netherlands, where gay marriage has been legal since 2001, gay men remain three times more likely to suffer from a mood disorder than straight men, and 10 times more likely to engage in “suicidal self-harm.” In Sweden, which has had civil unions since 1995 and full marriage since 2009, men married to men have triple the suicide rate of men married to women.

All of these unbearable statistics lead to the same conclusion: It is still dangerously alienating to go through life as a man attracted to other men. The good news, though, is that epidemiologists and social scientists are closer than ever to understanding all the reasons why.

Hobbes' answer, that young people are traumatized firstly by the stresses of growing up in the closet in often very difficult circumstances then by entering a gay community that insensitively allows the imposition of new restrictions and rules, all without much recognition of these psychological shocks never mind treatment of said, is one that convinces me. I have say that I think I recognize some of the symptoms in my own life, certainly in the sort of cultivation of emotional distance from any potential stressors Hobbes describes towards the end.

What do you think? Have you read this article? What are your opinions on the issues it describes?

Torontoist features, as part of its weekly Immigrants in Toronto feature, an interview with El-Farouk Khaki, an out queer Muslim who is also a leading refugee lawyer.

I was born in Dar es Salaam in Tanzania. We had to leave when I was seven because my dad had been part of the independence movement. We lived in England for three years before we came to Canada. When we first arrived in Toronto, we were put up in a homestay. It was a Jewish family. And so my first religious service in Canada was actually Purim in a synagogue, and I went to a Jewish school with one of the kids for a week and a half. And that was an amazing experience for me because I have a fairly Semitic nose, and as a Muslim kid in London in the public school system, I was always being teased about it. And so being in a Jewish school, I had nobody teasing me about my nose.

After 10 days, we went on to Vancouver, and that’s where I finished my elementary school, went to high school, university, and law school, but I came back to Toronto in 1989. I came here for work. And I stayed. I was offered a job at the Immigration and Refugee Board of Canada.