1. A friend has recently posted about how his use of LiveJournal has changed in the past four years, the changes in his writings tracking his evolution as a person. This is clearly the case with me--

rfmcdpei tracks quite closely my evolution from, in May 2002, a rather scared and isolated young man who still lived with his parents to what it is now, a largely non-personal blog devoted to broader issues about the interactions of cultures. Where will I head next? I've no idea. If you want to leave suggestions, feel free to do so.

erins_pub's suggestions and her kind Christmas gift of Julia Cameron's The Artist's Way, I've decided to join the Blogging the Artist's Way online program organized by Kat at the Kat's Paw blog. 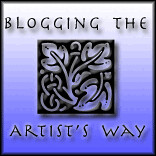 frumiousb blogged about the recent decision of Russia to cut off Ukraine's gas shipments. This effort is now abandoned, since the Russian government apparently didn't take into account that cutting off gas supplies to Ukraine would antagonize the entire European Union.

frumiousb's central conclusion, that the Russian government wanted to punish Ukraine for its post-Orange Revolution reorientation with rapid steep fuel increases, does seem sadly plausible to me in an era when Russia under Putin seems to be heading for a revived authoritarianism coupled with reckless domestic and foreign policies.

Ukraine seems bound to pay for its renewed independence. It is far from evident that these effective sanctions will harm Ukraine in the long run, in fact quite the contrary. Take a look at Estonia. Soon after that Baltic state regained its independence, Russia levied heavy duties on Estonian imports in retaliation for Estonia's citizenship policies, which granted automatic citizenship only to people who were citizens of Estonia in 1940 or were descended from said, and which required all other residents--including the one-third of the population made up of Russophone Soviet-era immigrants--to meet certain stringent requirements for residency and language fluency to become citizens. The Russian sanctions hurt the Estonian economy in the short term. It also accelerated the rapid reorientation of Estonia's foreign trade and economy, from one geared towards trade with the Russian Federation to one closely integrated with northern Europe. More, those heavy industries and regions most closely geared towards the Russian market tended to be staffed disproportionately with Russophone workers.

The final result, in Estonia's case, is a prosperous and modern economy that is now highly integrated with that of the European Union, Russia regularly ranking behind Sweden, Finland, and Germany as a trade partner. Russia's trade sanctions caused some pain to Estonia, but in the long run it ended up drastically diminishing Russia's potential leverage over Estonia. Even the Russophones that these sanctions were supposed to help seem decidedly disaffected from Russia, more interested in Estonian capitalism than Russian nationalism. If Russia tries to take the same tack with Ukraine--a likely inevitability, it seems--not only will Russia's relationship with the broader European Union be threatened, but Ukraine's integration with Europe and detachment from the former Soviet space (economic, cultural, mental) will be accelerated.

This time the nationalism is Spanish, and the smaller nation is Catalonia. Edward Hugh, at A Fistful of Euros, notes the irony.

The right of the Partido Popular (the local party members, not the leadership) are using the campaign against the new Catalan Statute of Autonomy (which is still under discussion in the Spanish parliament) as an excuse to try and raise the temperature in the national political arena. This topic is also losely related to the recent bogus phone call to Evo Morales, since it is being partly organised and promoted by the same radio station (La Cope).

The issue has particular significance at this time of year since Spanish people tend to receive a case of wine as part of their xmas ’box’ (the other part being an extra monthly’s salary payment) from their employers, and normally these cases contain a couple of bottles of Cava. In a sense the composition of the box has represented the cultural diversity of Spain. This year however some distributors have changed the Cava for sparkling wine from other Spanish regions and it is this move that has sparked all the debate.

All of this has its curious dimension, since the people in the forefront of promoting the boycott are the very people who want to argue that the Catalans are in fact Spanish (right to their bone marrow!), while it is normally the Catalans themselves who say they aren’t. But if Catalans are Spanish, then why boycott a Spanish drink? Really I can’t help feeling that it is the people who say their main priority is maintaining the unity of Spain who are the ones who are doing the most to foment separatism.

If Catalonia becomes an independent state, it will because of ill-considered acts like this. Alas, too many nationalisms and nationalists are attached to particular territories and landscapes without caring for the people and cultures which inhabit them.

MADRID (Reuters) - Spain should push to be a member of the Group of Eight (G8) club of leading economies now that its output has surpassed that of G8 member Canada, an influential Spanish thinktank said on Monday.

The Financial Studies Foundation presented a study setting out Spain's credentials to be part of the G8 at a meeting of its board, which includes some of Spain's top business executives.

"The Financial Studies Foundation will support Spain's presence in the Group of Eight most industrialized countries...," the group said in a statement.

Spain's economy, in its 12th year of uninterrupted growth, produced just under $1 trillion of output in 2004, according to the World Bank figures. China's sharp upwards revision of its output last week still left Spain in the eighth slot.

Croft goes on to observe that the only obstacle standing before Spanish membership is Spain's affiliation with the euro zone and the wider European economy in an era when new populous economic powers and organizations are emerging outside of the North America-Europe-Japan triad that dominated the world in the 20th century. Spain's economic growth, sustained as it has been, might well falter. Consider Italy, which celebrated il sorpasso in the late 1980s only to fall behind Britain again when British economic success under Blair coincided with Italy's growing failures in the face of Asian economic competitors and Berlusconi's remarkable mismanagement. Even so, since Spain joined the European Union the trend has been for Spain to catch up to Canadian GDP per capita.

After the Second World War, apart from the United States and the smaller British dominions in Australasia, the Dominion of Canada was the only intact and prosperous country belonging to what would one day be called the First World. Canada can no longer claim this enjoyable privilege. Other countries with comparable or greater human resources have naturally surpassed us; more countries will. I'm not sure how well Canadians, still steeped in various post-Pearsonian or pseudo-Churchillian mindsets, will adapt to Canada's weakening presence in the world. The Québécois are lucky since they can, with relatively few problems, adapt to living in a small prosperous nation-state without wider pretensions. But English Canadians?

pauldrye quite rightly points out that I excluded Sweden and Switzerland from the category "First World." This is true, but then again both countries seem to be going through similar crises, now that the Swiss economy has languished for a decade and Sweden's model no longer seems as exportable as it once was.

james_nicoll wonders what science fiction novels (n the English language, in the Anglo-American tradition) inspired people my age to take up science fiction, examining some titles in the 1975 through 1984 period, others in the 1985 through 1994 epoch.

For me, Frederik Pohl's Gateway series was critical, alongh with Clarke's The Songs of Distance Earth and Joan Vinge's Heaven Chronicles. I have to admit that Star Trek and Diane Duane's novels started it for me, though.

Continuing the theme of Canada's changing status in the world,

angel80 takes a look at the pecking order of the world's leading economies.

I was both surprised and pleased to see S. as soon as I boarded the Queen Street streetcar headed for points east, along Yonge. An enjoyable evening that included a visit to This Ain't the Rosedale Library and strolls about Yonge Street ensued.

I love how I keep running into people I know at random here in Toronto. I know that the odds aren't as great as I might romantically imagine--age, and income, and interests, all enter into the probabilities--but even so.
Collapse