James Nicoll has a wonderful ability to not only digest vast swathes of culture and space and time into brilliant pithy observations but to then transmit these observations to his appreciative worldwide readership. One of his more recent postings of this kind relates to technological progress as at least as much a horizontal phenomenon (across space) as it is vertical (in terms of capabilities).

Although bleeding-edge technology is always nice, performing useful services in extreme situations, but it's only when the technology becomes affordable--inexpensive, easy to use--that it really makes a difference. It was great that, in the late 1990s, I could plug into a relatively simple global Internet that counted tens, even hundreds of millions, of people as users, talking about alternate history on a specialist group like SHWI, almost all of these belonging to relatively privileged classes of the world. It's fantastic that, in the early 2010s, most of the world's billions regularly take part in a global infosphere that includes the Internet alongside many other networks and methods of communication (Twittering with in-line links to my Flickr-hosted photos and Livejournal-hosting blog entries in 140 characters, three characters sufficing to port the statement over to Facebook, all with ridiculous ease, say). The "vertical" growth of technology made this infosphere possible; the "horizontal" spread of technology beyond a small minority made it meaningful to humanity. As is almost always the case.

Do you agree or disagree with me? Is my scheme too simplified? Have I misread Nicoll?

I write at length about cats and my cat, Shakespeare, and I include plenty of photographs. I don't think that I've ever shown you my goldfish, even though their tank is positioned just a few feet away from the desktop computer where I've written so many blog posts (among other things). They're simple-minded, true, but they're pretty and shiny and I like their tank. So, here they are. 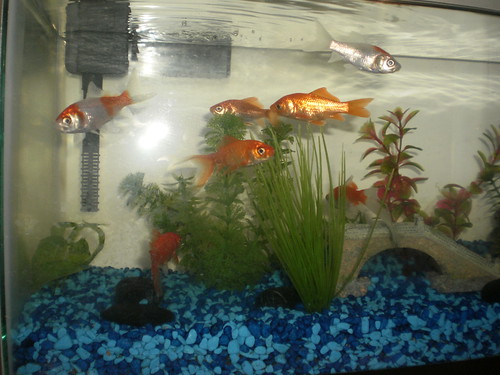 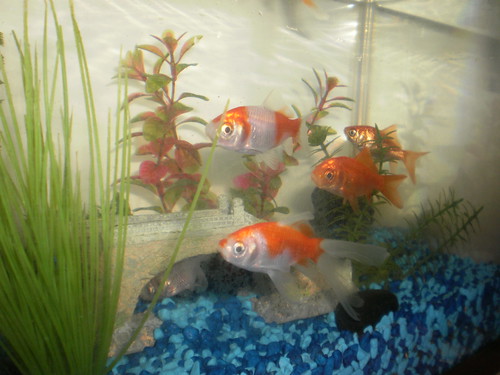 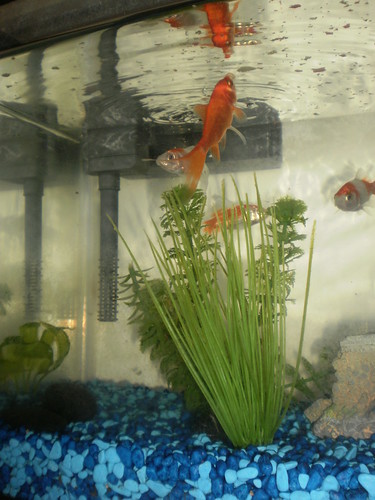 I like the close-up of the last photo above that Jerry made, shown below. Absurdly pensive-looking goldfish always deserve their own closeups. 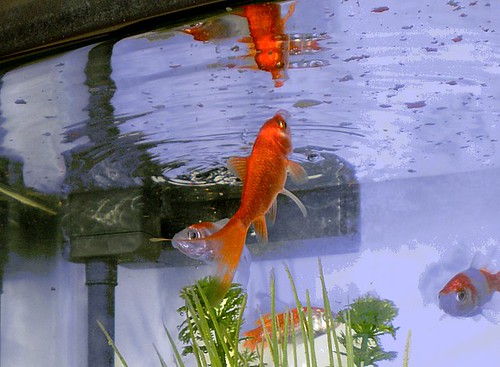