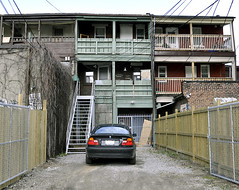 The Halifax Chronicle-Herald's Stephen Maher is one of many commentators to report on the very good news that Canada's speaker of Parliament, Peter Milliken, has forced the Harper government to release documents regarding the possible torture of Afghan detainees to MPs. Thus, Canada's trend to centralize government in the executive has been at least slowed down.

By tradition, in Canada, when a Speaker is elected and first takes his throne, the prime minister and the opposition leader drag him to the throne while he pretends to struggle, a reminder that kings used to behead Speakers.

On Tuesday, Speaker Peter Milliken, like Lenthall before him, asserted the power of Parliament in the face of the power of the Crown, embodied by Prime Minister Stephen Harper.

Milliken ruled that the House, having voted, has the right to demand that MPs be allowed to look at secret documents relating to the treatment of Afghan detainees, although Harper and his ministers have refused to show them.

It is an assertion of the ancient privileges of Parliament, won at the cost of many heads.

"In a system of responsible government, the fundamental right of the House of Commons to hold the government to account for its actions is an indisputable privilege, and in fact an obligation," Milliken said.

"Embedded in our Constitution, parliamentary law and even our standing orders, it is the source of our parliamentary system from which other processes and principles necessarily flow."

The particulars of this showdown do not matter as much as the principle that was reasserted against the efforts of the Crown.

Opposition MPs had asked the government to compromise, to establish a security system so they could look at the information.

Milliken said, though, that this reasonable-sounding measure is flawed, because Iacobucci’s master would be the government, not Parliament.

Many of you may have heard about the proposal, by a Congolese man in Belgium, to ban the 1930-1931 Tintin graphic novel, second of its kind, Tintin in the Congo on account of its racism.

A Congolese man living in Belgium is trying to have Tintin in the Congo banned in the boy reporter's native country, almost 80 years after Tintin first donned his pith helmet and headed for Africa to patronise its people, slaughter its animals, and spark an undying controversy.

Tintin and his creator, the cartoonist Hergé, who launched the strip in black and white in the Petit Vingtieme newspaper in 1930, are national heroes in Belgium, where a multimillion-euro museum celebrates his adventures and the 2m books still sold every year in 150 languages.

However, Bienvenu Mbutu Mondondo, who has been campaigning for years to have the book removed from Belgian shops, says its depiction of native Africans – including a scene where a black woman bows before Tintin exclaiming "White man very great. White mister is big juju man!" – is ignorant and offensive, and he has applied to the Belgian courts to have it banned.

"It makes people think that blacks have not evolved," he said.

Hergé redrew the book for a colour edition in the 1940s and made many changes, including excising a scene where Tintin killed an elephant by blowing it up with dynamite. He also dropped all references to the "Belgian Congo", and changed a geography lesson Tintin gave about Belgium to a maths lesson. Despite the changes, the book remains equally offensive to race equality and many animal rights campaigners.

Michael Farr, Hergé's biographer, who spoke often with him about the book, says that the artist later regretted his depiction of the Congolese, but denied it was racist, merely reflecting the way Africa was portrayed in the 1930s.

Farr seems to have overlooked the possibility that the way whites saw and portrayed Africa in the 1930s was racist. I've read Tintin in the Congo and I'd certainly call it racist--the stereotypical portrayal of the Africans, all big lips and blackface in appearance, would count as racist. I don't think that the graphic novel should be banned--censorship isn't something I favour, and frankly, after nearly eighty years, what's the point?--but I can certainly understand why Congolese would take offensive.

It's interesting how the Congolese have such a small presence in Belgium, after nearly eighty years of Belgian or quasi-Belgian colonization. Belgium seems to have been responsible for the assassination of Congo's first leader, Patrice Lumumba, and certainly tried to establish as independent the relatively pro-Belgian southeastern state of Katanga in the early 1960s, but after especially defeating the two-stage invasion of Katanga by rebels in 1977 (Shaba I, Shaba II) Belgium seems to have limited its presence to economic involvement, extending loans to Mobutu and becoming (and remaining) major trading partner of Congo, although the Congo is a relatively trivial trading partner of Belgium itself. There seem to have been relatively few human connections, as Stanard notes in a review essay on the Belgo-Congolese relationship, with relatively niche interest in Belgium in the affairs of its colony. This is evidenced by migration; 2003 estimates suggest that there were only twelve thousand Congolese, as opposed to 200 thousand Italians, 121 thousand Moroccans, and 107 thousand French. Some of the Congolese in Brussels are notable as sapeurs, Congolese who have adopted high fashion and a particular mien as a lifestyle, but their visibility is unconnected to their numbers.

Early 21st century Belgium remains a partner of some note, but an increasingly unimportant one, as Belgians have become very critical of the training of Congolese soldiers by the Belgian army, and Congolese in turn remain critical of Belgium's appalling past. Although Congo will probably remain in the francophonie, growing trade in its natural resources with powers like China now and India as well in the near future will continue to distance Congo from Belgium. Britain and France and Portugal and Spain remain intimately tied with their former colonies by all manner of connections--linguistic and cultural, migratory, economic, military--but Belgium, perhaps befitting its confused state, has opted out of this sort of connection.

Language Hat explores (via the New York Times) the peculiar reaction of the French to the fact that they no longer maintain exclusive control over their language, that the language's future is in the hands of non-French whether from the wider Francophone world (in Africa, say) or by people coming to French literary culture from places as diverse Russia and English Canada.

The fact is, French isn’t declining. It’s thriving as never before if you ask Abdou Diouf, former president of Senegal, who is the secretary general of the francophone organization. Mr. Diouf’s organization has evolved since 1970 from a postcolonial conglomerate of mostly African states preserving the linguistic vestiges of French imperialism into a global entity whose shibboleth is cultural diversity. With dozens of member states and affiliates, the group reflects a polyglot reality in which French is today concentrated outside France, and to a large extent, flourishes despite it....

The French language is a small but emblematic indicator of this change. So to a contemporary writer like the Soviet-born Andreï Makine, who found political asylum here in 1987, French promises assimilation and a link to the great literary tradition of Zola and Proust. He recounted the story of how, 20-odd years ago, his first manuscripts, which he wrote in French, were rejected by French publishers because it was presumed that he couldn’t write French well enough as a foreigner.

Then he invented the name of a translator, resubmitted the same works as if they were translations from Russian, and they won awards. He added that when his novel “Dreams of My Russian Summers” became a runaway best seller and received the Prix Goncourt, publishing houses in Germany and Serbia wanted to translate the book from its “original” Russian manuscript, so Mr. Makine spent two “sleepless weeks,” he said, belatedly producing one.

“Why do I write in French?” he repeated the question I had posed. “It is the possibility to belong to a culture that is not mine, not my mother tongue.”

Nancy Huston, a Canadian-born novelist here, put it another way: “The world has changed.” She moved to Paris during the 1970s. “The French literary establishment, which still thinks of itself as more important than it is, complains about the decline of its prestige but treats francophone literature as second class,” she said, while “laying claim to the likes of Kundera, Beckett and Ionesco, who were all born outside France. That is because, like Makine, they made the necessary declaration of love for France. But if the French bothered actually to read what came out of Martinique or North Africa, they would see that their language is in fact not suffering.

The loss of control by mother tongue speakers of French over their language is mirrored by events surrounding the use of the English and Spanish languages. As these languages become globalized, their native speakers lose their complete control over the languages that they originated.

The National Post's Peter Kuitenbrouwer wrote recently about how the Newfoundland seal hunt is fading in the face of unfavourable economics, a changing environment, and political opposition.

The seal hunt in Newfoundland and Labrador, like maple syrup season in Quebec and eastern Canada, is a traditional rite of food-gathering that heralds the arrival of spring. Farmers tap maples before their fields thaw; fishermen hunt seals before sailing out to gather crab, turbot, lobster, smelt and shrimp. The supply is plentiful: Ottawa estimates the North Atlantic holds at minimum 6.9 million harp

seals, up from three million seals 15 years ago.

But a 40-year campaign attacking the seal hunt on moral grounds has turned many against it. And now, some fishermen and other Newfoundlanders accuse the federal Department of Fisheries of conspiring with the protesters to end the hunt. They point to new regulations enacted last year that require sealers to club seals with a hakapik -- a medieval club-type weapon the hunters had traded for a rifle a generation ago. The clubbing is back, by federal mandate, and it looks bad on video.

Lack of demand for pelts has reduced this year's seal hunt to a shadow of its former self.

Just four years ago, with buyers paying a record $105 for a seal pelt, the hunt attracted 340 vessels from all over Newfoundland, pouring money into the local economy for food, fuel, clothing and ammunition. This year only one processor is buying, paying $21.50 for a Grade A pelt, plus $2.50 per pelt for the blubber.

The weather, too, is strange: For the first time anyone can remember, no ice formed in Notre Dame Bay off Twillingate; vessels must travel to the northern tip of Newfoundland to find seals. There the boats found seals so plentiful that one boat, the Lady Victoria, caught its quota of 2,800 seals in less than a week, a record.

John Crosbie, former federal politician and current lieutenant-governor of Newfoundland and Labrador, is rather abrasive.

The flame of the Newfoundland iconoclast still burns bright in the old warrior. Hearing of our mission to see what was left of the seal hunt, Mr. Crosbie insisted on seeing us, promising: "I'll be wearing my goddamned sealskin underwear."

Mr. Crosbie's family made its fortune financing fishing and sealing expeditions that boasted high peril and low pay. On his wall hangs a picture of the SS Ungava, chartered in 1933 by Crosbie & Co., which brought in 49,600 seals, a record haul.

"There has been a seal fishery in Newfoundland for 3,000 years, long before the English got here," Mr. Crosbie says. "You became a man in those days when you went out on the seal hunt, and that's why we are not going to be bullied into giving it up. Today, people don't want to recognize their background. If Canadians haven't got backbone enough to withstand criticism, tough titty."

The possibility that Canadians have actually changed their minds about the seal hunt--indeed, that a majority of Canadians oppose the hunt, for good reasons--doesn't seem to come to his mind.
Collapse