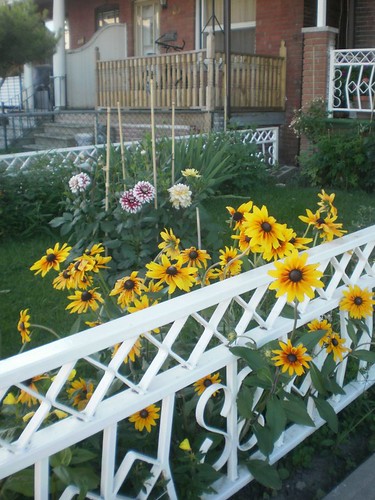 The small flower gardens that people in downtown Toronto carefully maintain in their front yards give more colour and variety to streetscapes. This photo, taken in late June on G20 Sunday, shows one of my favourite little gardens. 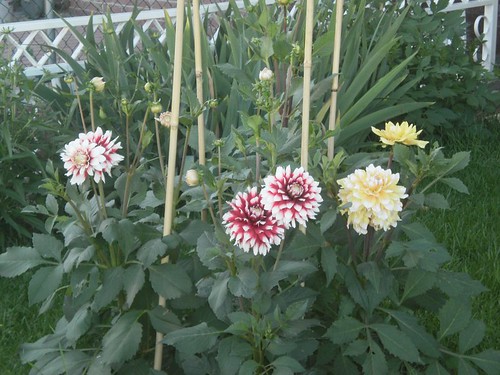 This is a close-up of the previous photo.

Rihanna's 2007 "Umbrella" was a huge song at the time, and by now has entered the popular music vernacular as a standard. In case you forget, listen to/watch the striking official video here, and/or the fan video with the music, at least, below.

The genius of the song--the thing that made "ella ella ella ella" echo around the world from a million speakers and earplugs and karaoke bars--is the potential of the song for ambiguity, especially in the original version. Take the first verse sung by Rihanna.

In her live performances, and in most of the covers I've seen, the first verse--and the following--are delivered comfortably, safely, assuredly, confirmingly. The below clip, from a 2007 performance of the song in Manchester, shows the sort of thing I'm talking about.

I've only noticed in the past months that in the original version of the song, the one that got radio and iTunes release and was the source material for remixes like this one, Rihanna's delivery is more complex; I can hear the extent to which the song isn't just a reassurance, but as an attempt to reconfirm the integrity of the relationship with the object of the song, an attempt that won't necessarily succeed. This melancholy, as much as the optimism, is something that I think is responsible for the song's massive popularity. People like complexity in their hits.
Collapse