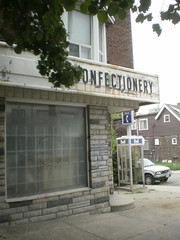 Canada’s banking system has been ranked the world’s soundest for the third straight year by the World Economic Forum.

The Geneva-based think-tank also puts Canada in the top 10 countries for availability of financial services, corporate ethics, and overall quality of the educational system.

“It’s good to be No. 1,” Finance Minister Jim Flaherty said Thursday in Kitchener. “It has made a big difference in terms of Canada’s reputation in the world, and our leadership in the world in the G8 and the G20, particularly with respect to fiscal matters.”

Canada’s big banks withstood the financial crisis without taking government bailouts, and recorded only a fraction of the $1.3 trillion (U.S.) in writedowns taken by banks and brokers worldwide.

Easter Island, easternmost island of Polynesia and home to the mysterious moai and the mysterious rongo rongo that might be a script, is still home to Polynesians notwithstanding a century and a half of Chilean rule and a disastrous mid-19th century full of epidemics and genocidal slaver missions. As Annie Murphy writes at NP, the descendants of the survivors, the Rapa Nui, want things to change.

On a breathtaking rocky point that juts out into sapphire-blue water, the Hanga Roa Hotel is a luxury eco-resort and spa — at least, it was supposed to be until the Hito clan took it over.

On a recent day, dozens of men, women and children were camped out on the lobby's couches. They evicted hotel staff, and they cook traditional Rapanui food on outdoor fires.

Santi Hitorangi, a member of the Rapanui (pronounced rap-ah-NEW-ee), said he started this chain of events by planting a garden next to the hotel, which sits on land that used to belong to his clan.

Decades ago, the property was acquired by the government, and then traded between private owners. By law, only Rapanui can own land on Easter Island. But the law is not strictly enforced.

Hitorangi said the Rapanui want to recover ownership of the entire island. When charges were pressed against Hitorangi, he went to the U.S., where he is now based.

When Chile laid claim to the island just over a century ago, it simply corralled the Rapanui into the island's one town, the village of Hanga Roa, and leased the rest to a sheep farm. It wasn't until the 1960s that the Rapanui became Chilean citizens.

The Rapanui are fine with tourists coming to their island. It is the unchecked flow of Chileans they are upset about.

Angela Tuki is part of the clan that has taken over the Hanga Roa Hotel.

"We're tired of explaining everything to the state. Everything they do here goes badly. Especially immigration — it's not immigration, it's an invasion," she said. "Since there's no border between the island and the mainland, the state doesn't listen to us as a distinct ethnic group."

Mayoral candidate Rob Ford--the front-runner, in case you're wondering--has come out against the current immigration trends to Toronto, saying that the immigrants divert resources and curiously mangling figures (the actual number of immigrants coming to Toronto is only a quarter of the hundred thousand he claims, oddly enough). In the Globe and Mail, John Allemang explores the ways in which this would wreck the city.

One-third of the voting public takes Rob Ford very seriously, according to the pollsters. Which leaves the remaining two-thirds in a state of intellectual despair: What kind of rational response can you give to a man who says he wants to keep newcomers out of Toronto?

But closing the gates, tossing away the welcome mat, and junking the Diversity Our Strength civic motto? “We can’t even deal with the 2.5-million people in this city,” Mr. Ford said in the TV debate that first popularized his anti-outsider views. “I think it’s more important that we take care of the people now before we start bringing in more.”

As part of the campaign platform for a fiscally frugal candidate, this reluctance to grow sounds persuasive. Our roads are clogged enough already. More people can only make them worse. Or, we don’t have enough tax dollars to deal with public housing as it is. So where will we find the money to build more towers when all those impoverished foreigners get off the boat?

But Mr. Ford’s followers should be very careful what they wish for: However unworkable the city seems to them now, a city without newcomers will face a much more desperate future. We’re not talking slow-moving commutes, rude TTC employees and the occasional garbage strike – this Tea Party resistance movement is a recipe for urban extinction, and not just because there’ll be nobody around to serve the tea.

“If you think growth is bad,” says Joe Berridge, a partner at Urban Strategies Inc., “just try the alternative.” The economic activity generated by young, energetic newcomers to Toronto actually makes our lives richer, literally as well as figuratively. “There’s absolutely no evidence that any of the city’s social or physical problems are due to the strains of immigration,” Mr. Berridge says. “Our transport system is appalling, but that’s because it’s just too old, and we’ve refused to spend money on it.”

Let’s look more closely at his newcomer-free city. The first thing we see are the obvious disappearances, the missing applicants for those highly visible jobs traditionally taken on new arrivals: Children and seniors and the infirm would lose their caregivers, fast-food restaurants would become slower and fewer, cabs would disappear from the streets as fewer overeducated immigrants arrived with a willingness to work hard for a lower wage but a better future for their overachieving offspring.

But that’s just the starting point of the Ford revolution, and it misses out on the subtler but more widespread damage done by his Little Toronto musings. “This would have a huge effect on the labour market,” says Alan Broadbent of the Maytree Foundation. “Once the economy comes back, the worker shortage is going to be a serious, serious problem. The birth rate in Toronto is well below replacement, which has a huge effect on the labour market.” Either we need a constant flow of newcomers, or less effective forms of birth control – a subject to which Mr. Ford has not yet turned his thoughts.

Mr. Ford made his controversial comments shortly after a shipload of Tamil refugees reached Canada, leaving the implication that newcomers were rule-breaking have-nots who would take more than give. But any analysis of modern Toronto dispels his simplistic response – immigrants generally are better educated than their homegrown Toronto equivalents, and they raise children who are academic and economic overachievers.

Immigrants aren’t a burden to the taxpayers and a drain on the economy. In fact, to a large extent they are the economy. An analysis of the Toronto job market prepared by Karen King of the Martin Prosperity Institute estimates that there are more than 125,000 immigrants working in business and finance occupations alone, or almost half of the city’s total. In health and science occupations, more than half the work force is foreign-born. Newcomers are the rule, not the exception. Perhaps not enough of them are in management, but that doesn't seem to be Mr. Ford's main complaint.

“Toronto’s rise onto the world stage has been driven by immigration,” says Prof. Siemiatycki. “The issue of population capacity is a legitimate issue to consider, and the stagnation of infrastructure can become an impediment to Toronto’s quality of life. But the answer isn’t to shut down growth. In an increasingly knowledge-based, globalized economy, you don’t want to turn away smart and well-connected people.”

After a series of scandals involving the Royal Canadian Mounted Police--particularly but not only the Robert Dziekański taser incident--British Columbians (according to the Globe and Mail's Justine Hunter and Robert Matas) are considering reestablishing a provincial police force that would limit the RCMP's law enforcement duties to federal laws, leaving Criminal Code offenses and enforcement of provincial laws to the local police.

A draft contract is due to land on the desk of B.C. Solicitor-General Mike de Jong this fall, outlining the terms of a new deal that would bind the province to the RCMP for another two decades.

But forces outside of cabinet are mustering, urging Mr. de Jong to instead seize this opportunity to rethink the crazy quilt of policing that covers the province. Critics will have a chance to advance their case when a public inquiry, announced Thursday, examines how two arms of police – the RCMP and the municipal Vancouver force – botched the hunt for serial killer Robert Pickton. Already, the Vancouver police – who have long pushed for a regional force – have signalled their intent to use that forum to press for “systemic changes” to policing in the province.

That inquiry could colour the final stages of negotiations for a new RCMP contract. The squeaky-clean national force that took over community policing in British Columbia in 1950 – abruptly replacing the B.C. Provincial Police – is now facing a crisis of public confidence.

The Vancouver Police Department’s internal report on the Pickton case, released last month, painted an unflattering picture of competing priorities and jurisdictional squabbles that hampered the investigation into scores of missing women.

It capped off a summer of bad press for the Mounties. In June, the force’s conduct in the Air India case, Canada’s worst mass murder, was condemned in an inquiry that uncovered errors, incompetence and jurisdictional bickering. Next, the commission looking into the death of Polish immigrant Robert Dziekanski, tasered at the Vancouver International Airport, concluded with a harsh denunciation of the behaviour of four Mounties.

Mr. Heed believes B.C. should, at the very least, demand that the 2,300 RCMP officers serving in provincial roles in B.C. fall under the authority of the B.C. Police Act, so that issues such as use of force are consistently upheld across the province. He also would like to see an early escape clause, keeping the door open for an alternative such as a provincial police force if the RCMP continues to stumble.

That’s why, under Mr. Heed’s watch, the province produced an internal report on what it would cost to re-establish a provincial police force.