I recently went on a trip with

gmul295 to Warkworth, a small village perhaps two hours east of Toronto known for its strong artistic community. It was a trip made with a sad goal in mind, but it was a good trip nonetheless. We took a break to take some photographs along a car path in the woods, letting me get reacquainted with the wild--at least the second-generation wild--after several years, at least. Here's a few below, in all their imperfections. 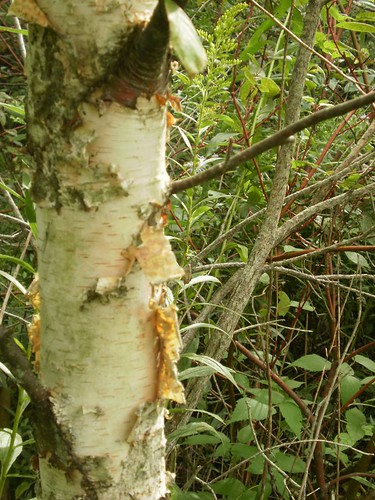 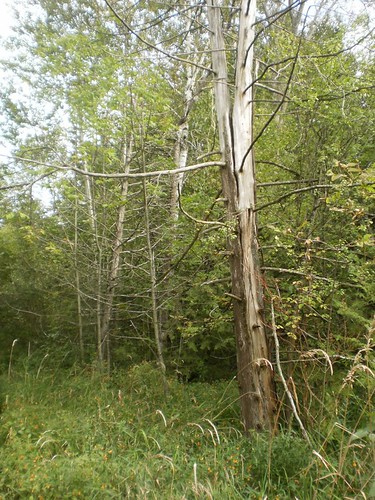 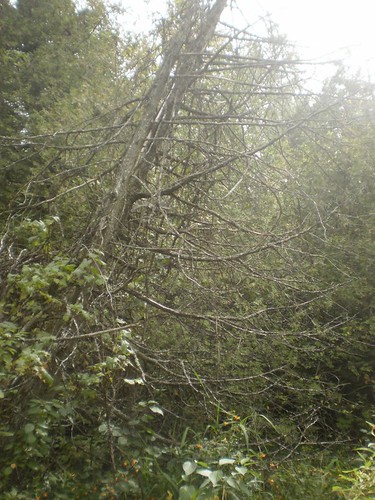 Some time ago, there was a post at Wired Science--Jonah Lehrer's "The Psychology of Nature"--that made me think at the time, and that I thought of after the Warkworth trip.

In the late 1990s, Frances Kuo, director of the Landscape and Human Health Laboratory at the University of Illinois, began interviewing female residents in the Robert Taylor Homes, a massive housing project on the South Side of Chicago. Kuo and her colleagues compared women randomly assigned to various apartments. Some had a view of nothing but concrete sprawl, the blacktop of parking lots and basketball courts. Others looked out on grassy courtyards filled with trees and flowerbeds. Kuo then measured the two groups on a variety of tasks, from basic tests of attention to surveys that looked at how the women were handling major life challenges. She found that living in an apartment with a view of greenery led to significant improvements in every category.

What happened? Kuo argues that simply looking at a tree “refreshes the ability to concentrate,” allowing the residents to better deal with their problems. Instead of getting flustered and angry, they could stare out the window and relax. In other words, there is something inherently “restorative” about natural setting – places without people are good for the mind.


Does this mean we should all flee the city? Of course not. It simply means that it’s a good idea to build a little greenery into our life. This isn’t a particularly new idea. Long before scientists fretted about the cognitive load of city streets, philosophers and landscape architects were warning about the effects of the undiluted city, and looking for ways to integrate nature into modern life. Ralph Waldo Emerson advised people to “adopt the pace of nature,” while the landscape architect Frederick Law Olmsted sought to create vibrant urban parks, such as Central Park in New York and the Emerald Necklace in Boston, that allowed the masses to escape the maelstrom of urban life. (As Berman told me, “It’s not an accident that Central Park is in the middle of Manhattan…They needed to put a park there.”)

I'm an urbanite, a confirmed one; the Warkworth trip was arguably my first extended venture into a pastoral area in five years. From time to time, I visit green spaces in Toronto like the Toronto Islands, or High Park, but these are relatively short ventures into very managed areas, nothing nearly as therapeutic as Japanese forest bathing, extended treks into the wilderness, inhaling coniferous aromas, that reportedly boosts immune systems and diminishes stress. Maybe I should try to enjoy more greenery, urban and rural both.