A tree stump in Warkworth, well in the process of decay, caught my attention while I had my camera with me. There's something about its peculiar texture, especially on close up, that gets me. It's almost fractal in its structured complexity. 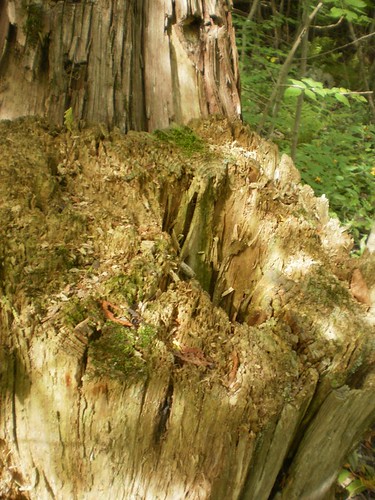 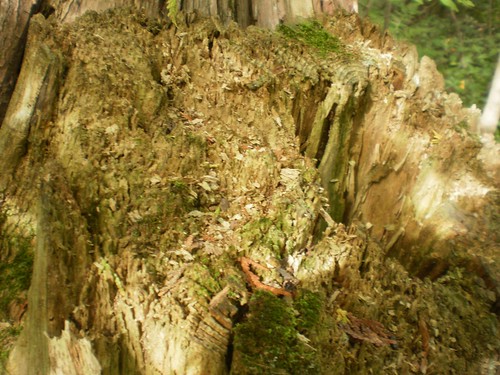 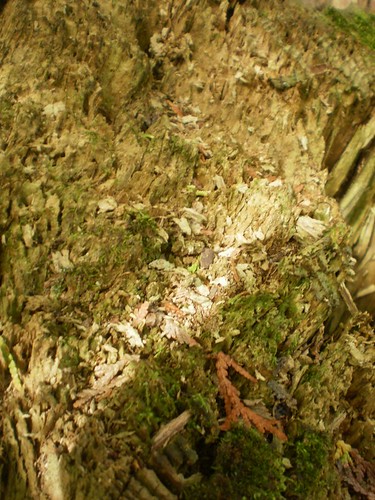 I quite like Economic Woman's reaction to Malcolm Gladwell's recent essay in the New Yorker claiming that social networking systems like Facebook and Twitter can create weak ties, flattened decentralized network, but that they lack the strong organization necessary for them to achieve. She takes Gladwell to task for his sloppy generalizations.

One of Gladwell’s main arguments is that real-life activism is based on “strong ties,” while social media enables “weak ties.” (I’m breaking out the scare quotes to remind myself, as much as anyone else, that Gladwell has an unnerving ability to make a concept feel true just by labelling it. For a good takedown of this concept, check out this post, via Madrigal.)

This ignores the strong ties that are reinforced online. But in my experience, Twitter is also a tool that can turn weak ties into strong ties. And while it isn’t automatic, social media is particularly suited to creating friendships across traditional social divides like age, class, and race.

A couple years ago, most of my time was spent with other students and high school friends. The folks I followed on Twitter were ex-colleagues, casual friends, and strangers. But all of that communication has bred intimacy, and lead to more face time. The divide between online and offline relationships is increasingly fuzzy, and as a result, I interact with a broader group of people.

Gladwell doesn’t account for this because, as far as I can tell, he hasn’t bothered exploring or even thinking deeply about social media. At one point, he sets up Wikipedia in opposition to hierarchical offline activist groups. The implication is that all online networks are leaderless and chaotic. The thing is that Wikipedia has both a leadership structure and institutionalized structures for dispute resolution. There isn’t one editor who reads every entry, but there is definitely one guy with final say on strategic direction.

This is certainly the case in my own experience; I pick and choose who and what I want to build strong ties with. As an example, on Facebook I recently joined a group calling for a certain large number of Torontonians to state they don't want Rob Ford as mayor. I joined, but I'm not going to do anything about it since there's nothing I can do. This certainly isn't the case with the ties I built with other people online, at first distant ones, but then as my need for contact grew sharply substantially closer ones. USENET and E-mail lists gave me something; E-mail saved my life; Livejournal helped me plug into various networks, on Prince Edward Island and in Toronto and elsewhere; and by the time I came to Toronto, I had any number of friends I could get in touch with. I chose to use these systems because I saw in them the potential for strong ties. And leaving my experience aside, let's not speak about the social networks that actually have inspired and organized activism, like the recent G20 protests in Toronto.