Something about the texture of the bark of this tree, in the east of Allan Gardens by Sherbourne, made me want to take some pictures. It looks to me like any number of organic things: tilled soil, bread, crumpled paper. 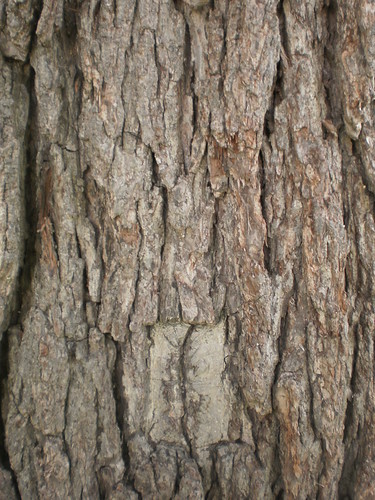 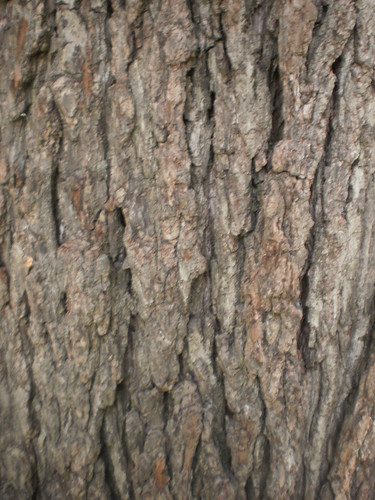 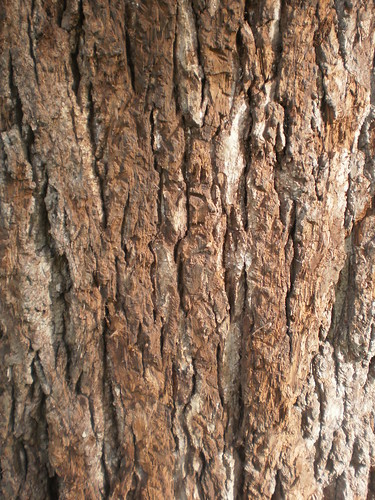 I thought I'd like to make a followup to yesterday's post about that winning KKK/slave small Ontario town's Legion. My thansk to

ruralrob, who pointed out in the comments to that thread that, as soon as the news of this pair's winning first prize got outside of the Legion hall, the general reaction was starkly negative: the Legion itself got suspended; hundreds of phone calls of protest came in; the man dressed in the KKK uniform now calls it a stupid mistake, apparently facing not a small amount of anger and disbelief from his fellows and saying that he might leave town if things get worse. Good.

Part of my reaction to this comes from my background on Prince Edward Island, where attitudes of this kind hid behind the appearance of normality, an idyllic one, even. If things are fine, or at least fine enough, why this? Where does it come from? I suppose it could come, for me, down to a suspicion of façades, the things that people know and tell in all sincerity but which could be disproven by a single absurd act. Like a firebomb, say. Firebombers on the Island are a thankfully small minority, as are people in rural Ontario who think that people dressed up in the KKK takign people in blackface along are. The true test of a community--any community--is the way it reacts to the eruption of this absurdity, and the unconscious attitudes that this represents. So far, both communities seem to be doing well enough.

Pope and Staples, whose writing displayed a strong R&B influence, worked with a succession of musicians, including (on record) keyboard players Michael Fonfara, and Dave McMorrow, bassists Peter Hodgson, Terry Wilkins, and Howard Ayee, and drummers Rick Gratton, Bucky Berger, and Jorn Anderson. The band's performance history included the revue Restless Underwear, co-starring the US transvestite Divine and staged in 1977 at Massey Hall and later in New York, and national tours beginning in 1981. Rough Trade, however, finally made little headway in the USA - 'All Touch' was a minor hit there - and disbanded in January 1986 after a farewell tour, 'Deep Six in '86,' comprising concerts in Toronto, Ottawa and Montreal.

Cruising</a>, Divine, borrowing the imagery of bondage ... It surprises me that 1980's ""High School Confidential", telling as it did the story of the singer's lust for a sexy fellow high school student doing naughty things, became as iconic as it did. Yes, the lyrics didn't exclude the possibility of a male narrator, but Pope was the person singing it.


She's a cool blonde scheming bitch
She makes my body twitch
Walking down the corridor
You can hear her stilettos click
I want her so much I feel sick
The girl can't help it, she really can't help it now

What's the principal doin' with her who's that girl
Is she screwing with her
What's her perfume: tigress by fabergé
She makes me cream my jeans
When she's coming my way

The song became so big that at one point now-solo Carole Pope went on the record as saying she never wanted to sing the song again. (She has since then.)

"Crimes of Passion," a 1982 single that became Rough Trade's last top 20 hit, was another explicit, energetic track that left commentators at a loss as to what to say, what could be said (straight and gay relationships brought up in the same song, explicit details included?). It's great.

The band eventually reached a point of diminishing returns and broke up, with Carole Pope having a relatively successful post-breakup solo career. In its decade of particularly active existence, reunions excluded, the band made a lot of great music. It's cliched to say that the band was ahead of its time, but I think that they are still ahead of us. When the Scissor Sisters go on the record as saying that their third album is their effort to imagine what the gay/avant-garde world of the early 1980s would have become if not for HIV/AIDS wrecking everything, that interesting thought certainly was translated into great music. Against Rough Trade, sadly, the Scissor Sisters would still come up short.
Collapse