The Don Valley Parkway is one of the major transit arteries of Toronto, connecting the west-east Gardiner ExpresswayHighway 401 which (besides uniting the Windsor-Quebec City corridor) provides the main west-east corridor for the GTA. It's a busy expressway, if frequently a very crowded one.

For the past few years, as I've been driven north along the DVP, just a couple dozen metres to the east of the road between Bloor and Eglinton, I've noticed an odd conglomerate of concrete sculptures. The first is a look from the south, the last a look from the north. 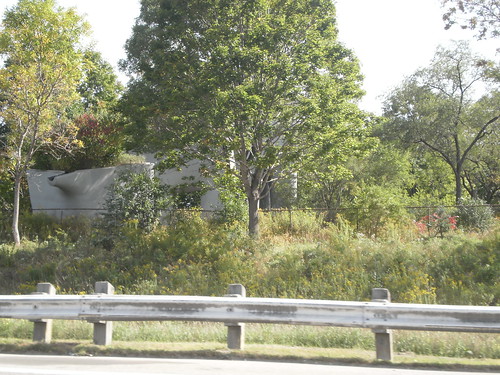 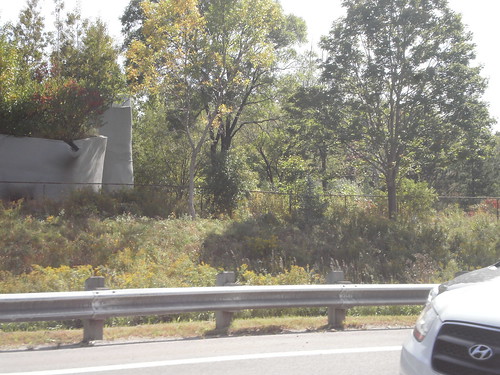 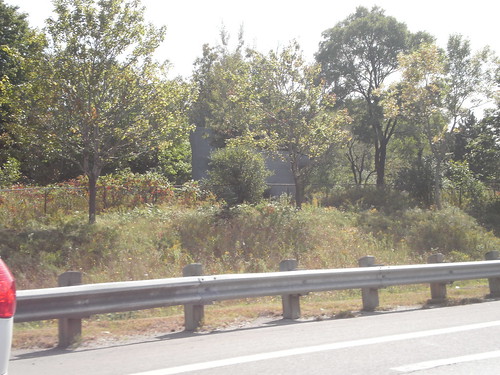 Does anyone have any idea what these could be?

creases on Livejournal and Jerry via Facebook particularly, also everyone over at