The Elgin and Winter Garden Theatres are "a pair of stacked theatres in Toronto, Ontario, Canada[,] the last surviving Edwardian stacked theatres in the world. The pair were originally built as the centrepiece of Marcus Loew's theatre chain in 1913. The building was designed by architect Thomas W. Lamb, who also built The Canon Theatre. The ornate lower theatre, then named Loew's Yonge Street Theatre, was home to plays and vaudeville productions that attracted some of the world's top talent. The upper level Winter Garden, which is decorated to resemble a forest, also housed vaudeville productions."

I walked around a bit Yonge Street and environs on the night of this year's Nuit Blanche. Playing with camera modes, I got some interesting photos, at least. 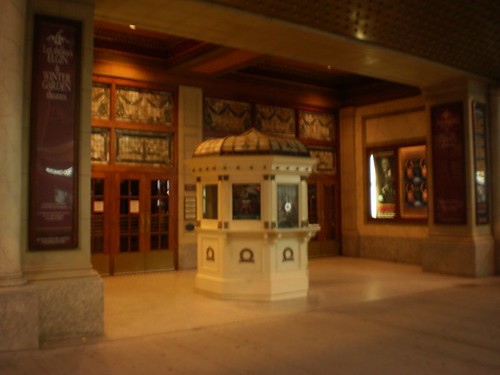 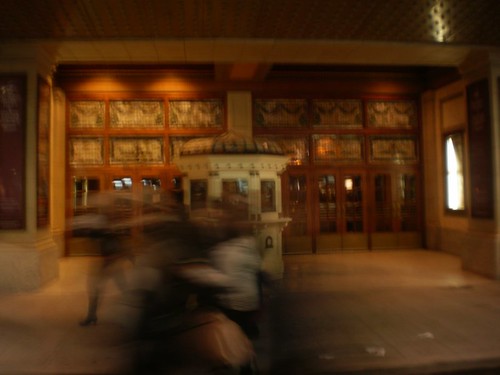 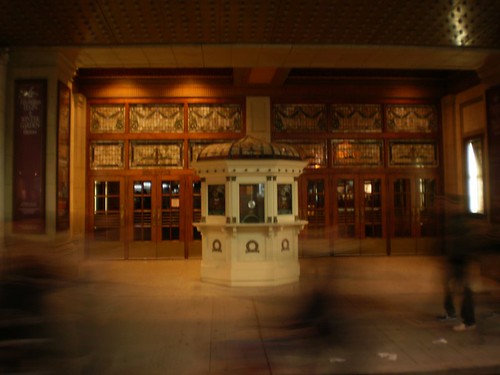 That's the question I'd like to put to you tonight. Do you feel most at home in small communities (rural, small-town) or in large ones?

(My opinion is likely evident from the content of my posts.)