blogTO's Derek Flack broke this story for me.

The Toronto Star recently ran a cover contest for their Christmas Eve edition, the winner of which has caused some controversy. Selected on December 20 by a pretty impressive panel of judges, Kelley Turgeon's painting of a streetcar in snow is both festive and locally inspired, and thus a fitting winner. The problem, however, is that it's a derivative work.

Plug "Toronto Streetcar Snow" into a Google image search, and it shouldn't take too long to find the photograph upon which the painting is based. Taken by Brain Labelle back in 2007 and posted on Flickr, it's painfully obvious that it serves as the source image for the painting. For her part, the artist has admitted to awareness of the photograph, saying "that was one of the pictures that I looked at, but it was also one of dozens."

That's not particularly convincing when the two works are held up side by side. Indeed, another photographer, Robert Prior, has created a rather damning animation that demonstrates just how indebted the painting really is. 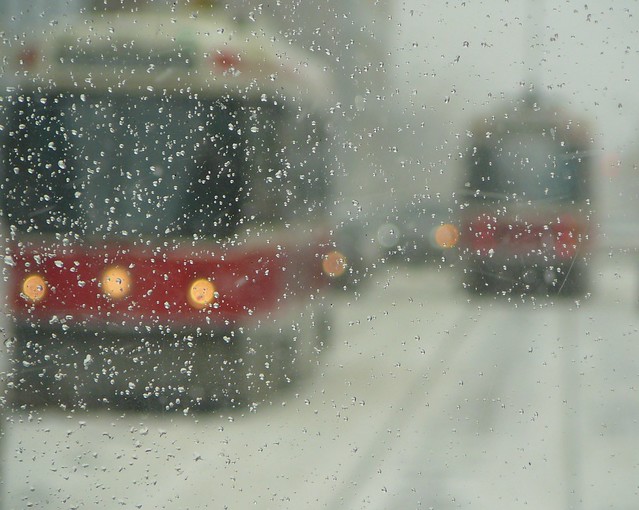 The discussions in the (original Toronto Star article and the paper's followup, at blogTO, at Robert's comparison video, and in the tdot discussion forum at Flickr, lean strongly towards criticizing Turgeon not so much for her use of the photograph as for her lack of citations. If she had asked Labelle, it seems, for permission to use his photo as the basis for a painting, there'd be much less criticism.

Thoughts? Should she have asked, or at least cited? Or, as a public-domain image that she interpreted, was Labelle's image fair game?
Collapse