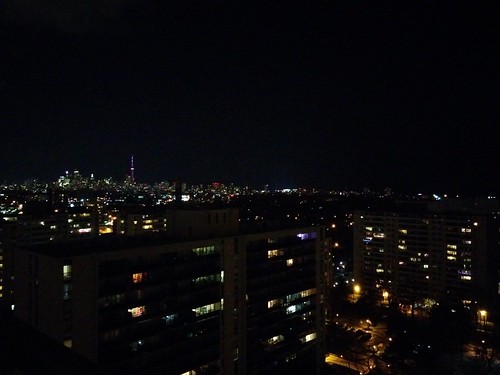 The National Post shared Ruth Sherlock's article, originally from The Telegraph, noting the rising popularity of the cult of Santa Muerte in Mexico. This can be seen as a reflection of grim times, but I also choose to see it as a fascinating case study for sociologists of religion.

Holding a scythe in one hand and a globe in the other, the Santa Muerte could be easily mistaken for the Grim Reaper. But to her supporters, this skeletal saint, nicknamed “skinny woman”, has the power to heal illness, bring prosperity and even help them find love.

Known as the patron saint of violent drug cartels for her relative tolerance, Our Lady of Holy Death is perhaps the fastest-growing religion in the Americas.

When Jasmin Marquez was sentenced to life in prison but freed after only a year, she attributed the “miracle” to this smiling skeleton.

Standing reverently before the shrine of the Santa Muerte, she carefully lit a cigarette and let it burn without toking. “It’s for her,” she explained, in a whisper so as not to disturb the other worshippers.

“From Chile to Canada, Santa Muerte has no rival in terms of the rapidity and scope of its expansion,” said Andrew Chesnut, professor of religious studies at Virginia Commonwealth University and author of Devoted to Death: Santa Muerte, the Skeleton Saint.

“In 2001, when devotion to the folk religion first went public in Mexico, Saint Death was unknown to 99 per cent of Mexicans. In just 15 years Santa Muerte has attracted an estimated 10 to 12 million devotees, primarily in Mexico, Central America, and the U.S.”

Over at his blog The Frailest Thing, Michael Sacasas has reposted a thought-provoking essay. What will it mean for us if the things that we want require significant change on our part, indeed demand significant change?

It is perhaps a symptom of our disorder that we seem to believe that all can be made well merely by our making a few better choices along the way. Rarely do we imagine that what might be involved in the realization of our ideals is something more radical and more costly. It is easier for us to pretend that all that is necessary are a few simple tweaks and minor adjustments to how we already conduct our lives, nothing that will makes us too uncomfortable. If and when it becomes impossible to sustain that fiction, we take comfort in fatalism: nothing can ever change, really, and so it is not worth trying to change anything at all.

What is often the case, however, is that we have not been honest with ourselves about what it is that we truly value. Perhaps an example will help. My wife and I frequently discuss what, for lack of a better way of putting it, I’ll call the ethics of eating. I will not claim to have thought very deeply, yet, about all of the related issues, but I can say that we care about what has been involved in getting food to our table. We care about the labor involved, the treatment of animals, and the use of natural resources. We care, as well, about the quality of the food and about the cultural practices of cooking and eating. I realize, of course, that it is rather fashionable to care about such things, and I can only hope that our caring is not merely a matter of fashion. I do not think it is.

But it is another thing altogether for us to consider how much we really care about these things. Acting on principle in this arena is not without its costs. Do we care enough to bear those costs? Do we care enough to invest the time necessary to understand all the relevant complex considerations? Are we prepared to spend more money? Are we willing to sacrifice convenience? And then it hits me that what we are talking about is not simply making a different consumer choice here and there. If we really care about the things we say we care about, then we are talking about changing the way we live our lives.

As we begin 2017, there is something I’ve been thinking about, that I’d like for you to consider for the new year. It starts with a famous quote, the best-known version of which is from Martin Luther King, but which goes back to the transcendentalist Theodore Parker. The quote is:

“The arc of the moral universe is long, but it bends toward justice.”

In the main I agree with that quote. There are things about it, however, that I think many of us elide.

The first is the word “long.” I think both Parker and King understood that moral endeavors can be measured in years, decades and sometimes centuries. This is not an argument toward complacency; indeed I think it’s an argument against defeatism and fatalism in the face of setbacks and stalemates. We live in moments and days and it’s often hard to see past them, and it’s easy to believe when we are struck a hard blow that all is lost. All is not lost. The arc is long. Nothing is ever fully decided in the moment or the day. There are years and decades and sometimes centuries yet to go. The arc continues to bend, if we remember that it is long, and that we need to imagine it extending further.

We need to imagine that because of the second thing: The arc is not a natural feature of the universe. It does not magically appear; it is not ordained; it is not inevitable. It exists because people of moral character seek justice, not only for themselves but for every person. Nor is the arc smooth. It’s rough and jagged, punctuated in areas by great strides, halting collapses, terrible reverses and forcible wrenching actions. There are those, always, who work to widen the arc, to make that bend toward justice as flat as they can make it, out of fear or greed or hate. They stretch out the arc when they can. If people of moral character forget the arc is not ordained, or become complacent to a vision of a smooth, frictionless bend toward justice, the work to flatten the arc becomes that much easier.