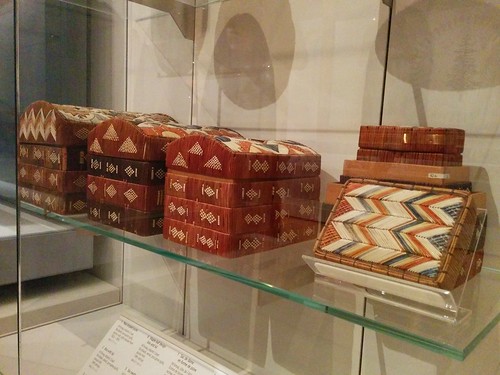 CBC News' Cherie Wheeler reports from western Newfoundland, where an experiment in growing canola and wine grapes in this historically non-agricultural province has yielded success.

Thanks to the success of some unconventional crops grown last summer, western Newfoundland might soon add canola and grapes to its list of agricultural products.

Working with independent farmers, the provincial Department of Fisheries, Forestry and Agrifoods experimented with the two crops that aren't traditionally grown in the province.

The hope was those first-time crops could sow the seeds for new farming industries.

While canola farming is big business in the prairies, it's unheard of in Newfoundland and Labrador.

"Yes, we're a lot different from Saskatchewan, but perhaps we might have a little better conditions than Iceland or northern Norway," said Kavanagh, the province's alternative feed co-ordinator.

It turns out she was right. Planting 12 hectares on private farmland on the island's west coast, in Pasadena, Kanvanagh said the yield was ¾ of a metric tonne per acre — which is on par with the rest of Atlantic Canada.

Like canola, the idea to grow grapes in Newfoundland was germinated in another province.

"There was a huge opportunity for grapes [in Nova Scotia]," says Newfoundland and Labrador's fruit-crop development officer Karen Kennedy. "And there was no one commercially growing grapes here."

Buoyed by stories of backyard gardeners growing grapes, Kennedy planted the first experimental vines four years ago in Humber Village, a small community in Humber Valley, as well as in Brooklyn, on the Bonavista Peninsula.

The Guardian of Charlottetown reports on the potential for a land claim lawsuit on Prince Edward Island, involving the sale of resort property in the west of the province on land traditionally significant to the Mi'kmaq.

The Mi’kmaq chiefs in P.E.I. are considering legal action to prevent the sale of the Mill River golf course and provincial park to one of the founders of the Toronto Blue Jays, which was announced earlier today.

The chiefs of the Abegweit and Lennox Island First Nations issued a joint news release Thursday, saying they are “shocked and thoroughly disappointed” to learn of the sale of the Crown land to Don McDougall.

They have repeatedly told the province, both verbally and through formal correspondence, of their objection to the deal that will see over 400 acres of provincial Crown land sold to McDougall.

On several occasions the Mi’kmaq governments have told the province this sale would impact negatively on the constitutionally protected Aboriginal and treaty rights of the Mi’kmaq people, the chiefs state in their release.

They say they are now considering legal action to stop the deal from going through.

“We will have to take all steps necessary to protect the Aboriginal and Treaty rights of the Mi’kmaq people and will be forced to examine litigation, including injunctive relief to prevent the sale,” said Abegweit Chief Brian Francis.

The Guardian of Charlottetown reports on the rapid growth of traffic at Charlottetown Airport, surely a good sign for the airport as for the larger tourism-dependent economy.

The number of passengers who went through the Charlottetown Airport in 2016 increased by 12 per cent over the previous year.

The airport authority says the 354,234 people through the terminals last year set a new passenger traffic record, which was previously set in 2014 with 317,827 passengers.

Those are the three names the Official Opposition was searching for when members asked government over and over during the fall sitting of the legislature — "whose emails were deleted?"

It wasn't anyone from the MacLauchlan government that provided the answers today however. It was Auditor General Jane MacAdam.

Her investigation into the province's failed e-gaming plan included a special section on government records management, which concluded safeguards to protect records were not being followed, thus, "government records can easily be destroyed."

In particular, MacAdam said in her report some emails from key players in the e-gaming initiative which should have been provided to her, were not.

Today MacAdam told the province's Standing Committee on Public Accounts those emails were from three accounts: those of LeClair, former chief of staff to Robert Ghiz; MacEachern, former deputy minister of innovation and also tourism and culture; and Beck, who passed away in 2012 while serving as clerk of executive council.

The Toronto Star's Ben Spurr lets his readers know the latest development in mass transit in Scarborough, something that frankly sounds quite a lot like a joke at this point. Will anyone ever decide on anything?

A highly anticipated report on the Scarborough subway extension has been delayed for a second time, a development that could add to the cost of the controversial one-stop transit project.

The study of the preferred route of the extension was supposed to be on the agenda for next week’s meeting of Mayor John Tory’s executive committee. The agenda is scheduled to be published Thursday, but a city spokesperson confirmed to the Star that the report won’t be on it.

“TTC and city staff are finalizing analysis in order to bring forward a comprehensive report on the Scarborough Subway Extension later in (the first quarter of 2017) to ensure appropriate consultation and collaboration across city divisions, TTC and the province,” Wynna Brown wrote in an email.

She said she couldn’t say for certain when the report will be ready and didn’t provide any details about why it has been delayed.

But it will include a recommended alignment for the subway extension’s route between Kennedy Station and the Scarborough Town Centre, an updated cost estimate, and advice to council on a procurement strategy.

Alicja Siekierska at the Toronto Star looks at the concerns of businesses on Eglinton Avenue about disruption to their affairs by construction of a light rail route. This sounds a lot like what we heard about St. Clair during streetcar construction there.

Vendors along Eglinton Ave. say their businesses are paying the price for construction of the Crosstown LRT.

“The whole area is devastated and desecrated,” said Viive Tork, the owner of VII Designs and Gifts on Eglinton Ave. near Chaplin Cres., where one of the stations will be located.

“We’ve been forced into a very precarious situation.”

Maureen Sirois, chair of the Eglinton Way Business Improvement Area, said the area is grappling with many issues – a lack of parking, drastically reduced foot traffic, various obstructions – since the construction of the stations began. The entire project will be complete in 2021.

“Every single business understands that we must build a subway, but it shouldn’t be done on the backs of small businesses,” Sirois said.

Spacing Toronto's John Lorinc argues that a leaked federal government report predicting very high levels of debt in decades to come can, from the perspective of cities, best be read as a warning that hoped-for federal funding in infrastructure is not coming.

The little explosion of sweaty news last week about an apparently buried federal report predicting “decades” of gigantic deficits added just a bit more fuel to the fire crackling around Justin Trudeau’s feet. The key take away was that net debt levels, driven by anemic GDP growth and an aging population, will crest at $1.55 trillion by the 2050s.

The short-hand media analysis focused more on that great big scary number than the complex political dynamic this analysis will set in motion.

I’m not talking about the short-term melodrama. The report obviously feeds into the emerging narrative of the Trudeau government as profligate and beholden to wealthy lobbying interests while increasingly isolated in a world that’s become fixated on the brain-stem appeal of nativist politics. It also gives Kevin O’Leary and the rest of the Conservative leadership pugilists a new talking point, allowing them to change the channel away from Kellie Leitch’s tone-deaf immigrant bashing.

Rather, when I scanned at this report, which is built on the sturdy and seemingly apolitical timber of long-term demographic and productivity analysis, two points struck me:

One, while the media reports presented the document as something the government released as quietly as a church mouse skittering around on Christmas eve, the language in the document bears the unmistakable signs of a political edit: “As this demographic transition unfolds,” the unnamed Department of Finance author states at one point, “the Government will continue to take smart decisions and make sound investments to build Canada’s economy of the future and create an economy that works for the middle class [emphasis added].”

These, clearly, are not the words of some nerdy government economist.

So? I’d argue this document was absolutely intended to be discovered, thus subtly sending the signal that Ottawa is keeping a watchful eye trained on long-term economic and spending trends.

Niko Bell's Daily Xtra article makes me wonder whether I should, at long last, get a Google Chromecast or other like dongle and start watching television, again, after a lapse of a decade and a half.

Canadian LGBT cable channel OUTtv will shift its focus to a Netflix-style online subscription service, after being bought by a Vancouver investment firm.

The cable channel will remain in place until at least 2020, says incoming CEO Brad Danks, but the company’s main asset will become OUTtvGo, a $4-a-month streaming site, available for now only in Canada.

“It’s a transformation that needs to happen,” Danks says, citing a sagging cable broadcasting market and a new generation of customers accustomed to Netflix and YouTube. “We felt the timing was right.”

Vancouver’s Stern Partners, the owners of the Winnipeg Free Press among diverse other holdings, won permission from the Canadian Radio-television and Telecommunications Commission (CRTC) to buy a majority stake in OUTtv at the end of December 2016. OUTtv’s previous owner and CEO — and husband of former BC NDP leader Joy MacPhail — James Shavick will stay on as a board member.

Danks says OUTtvGo will include much of the same programming as the cable channel, including every available season of OUTtv’s most popular offering, RuPaul’s Drag Race. Danks also says he hopes the online library will grow to include more shows for young people, lesbians and other groups who were underserved by the cable channel.

OUTtvGo will not deliver adult content; Danks says there’s no point competing with the vast array of adult videos online, and a porn-free collection will make it easier to work with tech partners such as Apple TV and mobile app stores.

Patsy Gallant is a Canadian singer whose reputation in English Canada is based entirely on her 1976 single "From New York to L.A."

Her musical career is more storied than this, with Gallant carving out a career in music and theatre in Québec and France, largely unknown to an Anglophone audience outside of chance events like Gallant's 2013 performance at Pride in Toronto. In this Gallant, a Francophone born in small bilingual town of Campbellton in New Brunswick, shares in a common experience of French Canadians in being overlooked.

What interests me most about the song is not the music but rather the deeply ambivalent lyrics. "From New York to L.A." opens with the singer dismissing her love as less important than stardom.

Later, we hear the singer tell of a much darker world, one filled with sleaze and death and one where even her love may not have been all that.

I sometimes close my tired eyes
Look at myself, be hypnotized
Findin' a reason of lovin' you
The man I thought was meant for me
But were you really meant for me?

Honestly, I don't think that the song does a very good job of handling these potentially interesting themes. The consistently upbeat music contrasts poorly with the much darker lyrics at the end. This song's importance in Canadian pop music aside--one of Canada's first, and biggest, disco hits--I wonder if it could gone through another draft.
Collapse