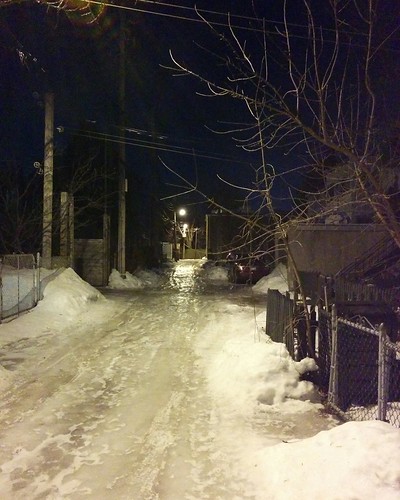 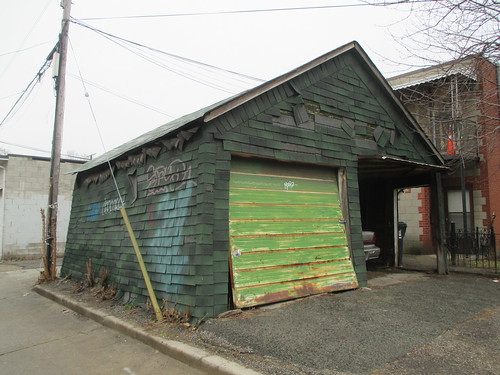 In Spacing, John Lorinc warns his readers to beware of Trump-like politicians in Canada, and rightly so.

What kinds of thoughts, I wonder, were skittering through the minds of Conservative leadership hopefuls Kellie Leitch and Kevin O’Leary when they tuned in to the astonishing scenes of protest from around the world on Saturday?

When considering the tens of thousands of Canadians who marched in big cities (here, here, here, here and here) across the country, including those in Alberta, as well as the thousands more who flew down to Washington, did these two candidates think, “Hmm, perhaps I should proceed with caution?”

Or did they say to themselves, “Yes, I do believe this Donald Trump fellow is on to something…?”

As #45 embarks on his first days of, uh, work, it seems to me that the Tories should be reflecting carefully about whether he’s the wagon to which they want to hitch their fortunes. After all, what the world witnessed on Saturday was a gigantic, pink-hot ball of political energy that clearly doesn’t care about borders, mobilizes rapidly and won’t dissipate any time soon.

Leitch, really, barely belongs in this analysis: she is a fool — a sitting member of an electorally-successful government that was only defeated when it decided to abandon its assiduous courtship of suburban newcomer communities and instead embrace the sort of dog-whistle nativism that she’s decided to use as her brand.

O’Leary, who threw his fur-lined coat into the ring the day before Trump’s inauguration, bears more scrutiny because on the surface, his electoral appeal — a posturing reality TV star willing to call ‘em as he sees ‘em — is an attempt to repackage Trump’s celebrity for Canadian audiences.

The Toronto Star's Ben Spurr describes how the Toronto York Spadina Subway Extension is set to finish in mere months. I, for one, will be excited to see, and ride, this extension of the subway. New stations!

Toronto’s first new subway project in more than a decade is almost complete.

At a media tour of the new Downsview Park station on Monday, TTC CEO Andy Byford emphasized that the Toronto York Spadina Subway Extension, a six-stop addition to Line 1 that is scheduled to open in December, will be state of the art.

“People will look at it as just a subway extension. To me it’s way more than that,” he said, noting that in addition to the complexity involved in setting up train operations, the TYSSE will combine three major TTC projects: a Wi-Fi network, the Presto fare card system, and automatic train control. “It’s a huge accomplishment.”

Located at the north end of Downsview Park, just east of Sheppard Ave. and Keele St., there is little density in the area surrounding the station. But TTC officials said some of the land nearby is slated for future mixed use development.

Ridership is also expected to be boosted by a direct connection to trains on GO Transit’s Barrie line, which will stop at a platform between the station’s east and west pavilions.

blogTO's Derek Flack describes how the soon-to-be-completed Eglinton Crosstown LRT will transform Toronto, especially the midtown. Plenty of analysis and photos is there: go read!

In about five years, Toronto will unveil the largest expansion of the TTC's rapid transit network since the 1960s. The Crosstown LRT will consist of 25 stops stretching across 19 kilometres of Eglinton Avenue, 10 of which will be underground.

While this massive project won't open until 2021 (assuming it stays on target), it's already transforming Toronto in profound ways.

The construction of rapid transit spurs development, whether it's a heavy rail subway or an LRT, but the placement of a new line is always crucial. In the case of the Eglinton Crosstown, there are already plenty of signs that the route will lead to a huge increase in density along the street after which it's named.

It'd be overreaching to claim the condo boom in and around Yonge and Eglinton as the direct result of the coming LRT. The area is already so well served by transit thanks to its proximity to the Yonge Line.

When you follow the route away from the core, however, it's amazing to see how many developments have already been proposed, many of which will be completed shortly after the LRT opens.

blogTO's Derek Flack reports on the plans for the construction of a massive retail centre in east Toronto, by the mouth of the Don in the East Harbour area.

The plans for what's known as East Harbour have been in the works for some time, but only recently has the full scale of the project come to light in the wake of supporting documentation filed with the city. It reveals that beyond the transit and commercial priorities of the development, the retail component is going to absolutely huge.

Well, to step back for a moment, everything about this project is huge. Set upon some 60 acres of land, it would represent one of the largest master developments Toronto has witnessed. The proposed transit hub would integrate GO train lines, a streetcar route, and possibly a relief subway line if we ever get such a thing built.

Right now, there's 11 million square feet of office space proposed for the site, spread over a number of towers. Yes, that's right. This isn't more condos. On the contrary, this is the place where developer First Gulf hopes that residents in places like the East Donlands and Bayfront will come to work, eat, and shop.

Torontoist features a guest post by Catherine McIntyre on behalf of Toronto and Region Conservation talking about how Toronto can prepare itself for imminent climate change.

The future could get a whole lot hotter.

Imagine it’s 2040, and the daily temperature reaches a high of 44°C. This isn’t idle speculation—it’s what is projected for Toronto, according to a staff report [PDF].

But climate change isn’t just a threat that exists in the distant future. In reality, the effects of global warming are already plainly apparent across the Greater Toronto Area, and call for immediate action.

We need only look back to 2013 as a reminder that our typically moderate climate is not immune to the extreme weather associated with climate change: On July 8 of that year, a month’s worth of rain fell on the city in a matter of hours. Five months later, an ice storm rocked Toronto, leaving some residents without power for 12 days, and cost $106 million to clean up.

The impacts extreme weather like this has on the health of species and habitats, the city’s infrastructure, and watersheds are severe. Fortunately, the Toronto Region and Conservation, in conjunction with private partners and municipalities across the region, are working to stymie the effects of climate change. Here, we look at how the warming planet is taking a toll on the city, and what the TRCA is doing about it.

The Atlantic's David Brown wonders why NASA is neglecting the study of Venus, arguably the most Earth-like world known to us.

A generation has now gone by since the agency set a course for the second planet from the Sun, and with this latest mission opportunity lost, the earliest an expedition there might launch (from some future selection process) would be 2027—nearly 40 years since our last visit.

For centuries, it would have been inconceivable that Venus would be in such a predicament. In the 18th century, Venus was the organizing force in international science. When humanity was finally able to stretch its arms toward the solar system, the first place it reached for was Venus. It was our first successful planetary encounter beyond Earth, and was the first planet on which humans crashed. It would later would host our first graceful landing.

Venus and Earth are practically twins. They’re alike in size, density, gravity, and physical makeup. They are both in our star’s habitable zone. Scientists have discovered no other adjacent planets in the entire galaxy that share such similarities. And yet somewhere along the way, Earth became a cosmic paradise for life as we know it, and Venus became a blistering hellscape. Beneath its sienna clouds of sulfuric acid is the greenhouse effect gone apocalyptic. At 850 degrees Fahrenheit, its surface is hotter than Mercury, though the planet itself is much farther from the Sun. A block of lead would melt on the surface of Venus the way a block of ice melts on Earth.

In recent years, the Kepler space telescope has discovered more than 3,000 planets around other stars, many of which are orbiting in habitable zones where water could be stable on a planet’s surface. These “Earth 2.0’s” are but pixels of light many light years away and are difficult to study. Conveniently, there is an Earth 2.0 next door to our own. Venus was an ocean world for much of its history. By understanding that history, how it compares to Earth, and how it lost its habitability, we might better understand potentially habitable exo-worlds.

Moreover, as scientists and lawmakers grapple with climate change, they can look to Venus. “I don't want to say that Earth can turn into Venus from global warming,” says Bob Grimm, the director of the Department of Space Studies at the Southwest Research Institute and chair of the Venus Exploration Analysis Group. “That is not going to happen. It takes a lot of carbon dioxide to make Venus's atmosphere as hellish as it is. But that lies on a continuum, on a spectrum, of how CO2 in atmospheres affect planetary climates. Earth is not going to turn into Venus, but Venus has lessons on climate evolution for Earth that we should pay attention to.”

Phys.org's Leah Burrows examines the question of how early Mars, at a time in the solar system's history when it should have been cold, was warm enough for liquid water.

Researchers from the Harvard John A. Paulson School of Engineering and Applied Science (SEAS) suggest that early Mars may have been warmed intermittently by a powerful greenhouse effect. In a paper published in Geophysical Research Letters, researchers found that interactions between methane, carbon dioxide and hydrogen in the early Martian atmosphere may have created warm periods when the planet could support liquid water on the surface.

"Early Mars is unique in the sense that it's the one planetary environment, outside Earth, where we can say with confidence that there were at least episodic periods where life could have flourished," said Robin Wordsworth, assistant professor of environmental science and engineering at SEAS, and first author of the paper. "If we understand how early Mars operated, it could tell us something about the potential for finding life on other planets outside the solar system."

Four billion years ago, the Sun was about 30 percent fainter than today and significantly less solar radiation—a.k.a. heat—reached the Martian surface. The scant radiation that did reach the planet was trapped by the atmosphere, resulting in warm, wet periods. For decades, researchers have struggled to model exactly how the planet was insulated.

The obvious culprit is CO2. Carbon dioxide makes up 95 percent of today's Martian atmosphere and is the most well-known and abundant greenhouse gas on Earth.

But CO2 alone does not account for Mars' early temperatures.

"You can do climate calculations where you add CO2 and build up to hundreds of times the present day atmospheric pressure on Mars and you still never get to temperatures that are even close to the melting point," said Wordsworth.