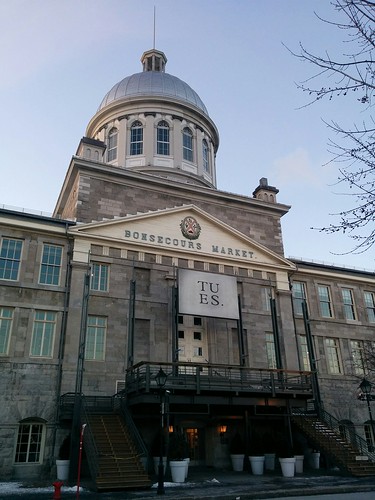 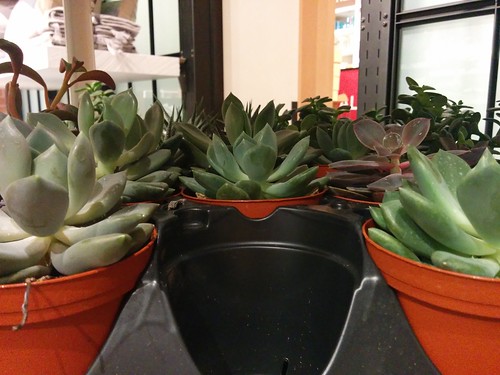 CBC News' Alexandra Sienkiewicz looks at the long history of the Badminton and Racquet Club destroyed by fire, noting--among other things--a conservatism that once extended down to barring non-white males from membership.

When a devastating fire swept through the 90-year-old Badminton and Racquet Club near Yonge Street and St. Clair Avenue Tuesday afternoon, the organization added yet another chapter to its storied history.

The club opened in 1924 when the old TTC streetcar barns on St. Clair Avenue were converted into seven badminton courts. The B & R, as it's affectionately known among those who use it, started with only a few members from Toronto's elite — but has since grown to include more than 2,750 members. To this day, it remains a private facility and access can be gained by membership only.

The club has also been known for its history of segregation of the sexes. It wasn't until 1980 that women were allowed to sit in on board meetings — but without voting rights. "Women are to be seen and not heard," says the club's website in describing that period of its history.

"The idea of women on the board had been rejected annually as many of the men on the board felt that the "right kind of man" would not serve if there were women at the table," it adds.

It was only in 1997 when men and women could sit together when a co-ed dining room was introduced — nearly 75 years after the club's opening.

CBC News' Stephanie Matteis reports on the employees of beleaguered Toronto music venue Hugh's Room, upset that while their employers will benefit from a fundraiser their back wages are likely to be left unpaid. Surely they, too, deserve something from the music community?

The fanfare about a potential reopening of Hugh's pub and entertainment lounge, better known as "Hugh's Room" has many music lovers excited. But it's upsetting some former staff members, who are still owed wages from the music venue.

The bar closed at the beginning of January, with owner Richard Carson facing insurmountable but undisclosed debt. Supporters have since stepped in to rebrand it as a not-for-profit entity through fundraising.

A GoFundMe campaign started Jan. 27 and has already raised more than $55,000 — more than a third of its goal.

Meanwhile, many who made about $12 an hour are left without compensation they're owed.

Lisa Fullerton called Hugh's Room "family," which is partly why it felt like such a blow to her and others to feel "strung along" about being paid outstanding wages.

The single mom was a cook at the Dundas Street West establishment. She worked there on and off starting in 2010 and had cheques bounce twice in the last half year.

The Toronto Star's Ellen Brait reports on the latest in the struggle to build a hotel at Toronto's Exhibition Place, between environmental concerns with the site and the financial concerns of the builders.

The construction of Exhibition Place’s Hotel X has been long, complicated, and riddled with problems. But those involved say they’re back on track.

“May is the target date. We’re making pretty good progress,” Owen Whelan, president of McKay-Cocker, the construction manager for the project, said. “I would say at this point we’re full speed ahead.”

But a number of liens still remain in place against the property. Liens are typically placed against properties as a means to keep a right of possession until a debt is paid.

Jeffrey Burke, president of Lift All Crane Service Ltd., one of the companies with a lien against the property, said after Multiplex Construction Canada left the project, they left many companies “in the position where we had to put a lien on the project to ensure we were going to get paid.”

The Globe and Mail's Matthew Hague describes the various installations planned for this year's iteration of Winter Stations, at the Beaches. I can't wait.

During the year’s grimmest month – February, when our shoes can handle the salt stains no more – Toronto’s annual Winter Stations event, now in its third and most creatively ambitious year, is a revelation. The public art event in the city’s Beach neighbourhood involves eight teams of artist and designers from Canada and around the world erecting thoughtful, provocative and fantastical structures that draw people out of their hibernation.

The theme of this year’s iteration is Catalyst, and the most exciting installations challenge viewers to change their perceptions on an important issue and even instigate change themselves. One called Flotsam and Jetsam, designed by a team of architecture students from the University of Waterloo, looks like a beautiful, 20-foot high sculpture of a fish. On closer inspection, its torso, filled with plastics, is a commentary about how our reliance on disposable packaging is polluting the environment.

Another, Collective Memory, by a Spanish and Italian team, is composed of bottle-lined walls. Visitors are encouraged to take and leave messages about their experiences immigrating to Canada, using the bottles as the means of exchange. The concept was inspired by the statistic that by 2031 nearly half of Canadians over 15 will be foreign born or born to foreign parents, and through public interaction it should tell a compelling, complex and dynamic narrative about what it’s like to land on new shores.

Inspired by Winnipeg’s Warming Huts: An Art + Architecture Competition on Ice, an annual public art event that has been running since 2009, the Winter Stations competition started in 2015 and interest in it has grown steadily since. This year, the most submissions yet (over 350) came in for the eight pavilions. There are few formal requirements to enter a proposal. The entrant doesn’t have to be a registered architect, professional artist or have a portfolio of projects (“We’ve had children submit ideas,” says architect Aaron Hendershott, one of the event’s organizers). The proposal simply has to incorporate one of the lifeguard stands that are spaced along the shore and be realistically buildable within a $10,000 budget (the funding comes from a variety of sponsors, including Hendershott’s firm, RAW Design).

To stand out, it also helps to take risks, as many of the best Winter Stations have in the past. “The proposals that excite me the most are maybe the most difficult to pull off,” Hendershott says. “Some, on paper, I just don’t know if they are going to pan out. But then they work in the most wonderful and awesome ways.” Last year, for example, there was a public (clothing-mandatory) sauna and a wood-burning fire pit, both of which Hendershott believes became “community assets” for the winter.

Sarah Yellin at Spacing Toronto writes about an issue with the sharing economy that I literally had not imagined.

What happens when fare collectors start to become wise to over-turnstile Bunz trade activity occurring at Ossington subway station? The station’s central location made it a popular site for trades but eventually, it became too busy, with instances of trades began getting mixed up; for example, the wrong pair of shoes being traded for the wrong gift card, owned by the wrong Bunz! That’s the joke cracked by Eli Klein, one of the key forces behind the ubiquitous phenomenon that is Bunz Trading Zone, when describing what sparked the idea to create designated “trading zones” in public spaces around the city.

Through data gathered by the app, it is estimated that Bunz users are completing up to 700 trades per day, which means a minimum of 1400 people meeting in public spaces to trade and interact. It became clear that designated public spaces in accessible locations needed to be formalized within the Bunz network, and generated an opportunity for the Bunz community to interact with the local business community in order to foster the platform’s development and improve the quality of community interactions. Klein sees the trading zones as not only important to improving the safety of trades, but as vital to building the community network and fostering interaction between Bunz. He envisions the spaces as encouraging a prolonged interaction between Bunz, maybe over a cup of coffee, in the hopes of strengthening social ties between strangers. He believes that the right environment can generate this, and redefine the context of the relationship between traders.

The popularization of platforms such as Bunz has enabled the rise of an alternative consumerist economy, based on trade, exchange, and interpersonal relationships, rather than traditional capitalist means of acquiring goods and services. Taking this concept to the extreme is Toronto’s Really Really Free Market, which operates once a month out of Campbell Avenue Park. While the concept of the Really Really Free Market did not originate in Toronto, the local chapter has been running for over four years. Powered by volunteers with an aim of creating a “community-space for sharing,” the market rejects not only the traditional buy-sell model but bartering and trading, creating a currency-free space with no boundaries to entry.

As explained by the event’s organizers, the market’s target demographic is people who can normally afford to buy goods but instead, providing them with an alternative mechanism for acquisition, all while reducing carbon emissions and contributing to the circular economy. This being said, the market encourages participation from all members of the community, regardless of socio-economic status. Since the project’s inception, the market has received a tremendous amount of public support, attracting visitors from all around the city. Participation in the market’s events has created friendships between those who partake regularly, forming a community network.

The Toronto Star's Ben Spurr describes a Metrolinx proposal I am strongly opposed to. What about people who have long commutes? What about people on low incomes? What happens to the ideal of an integrated city if cost is introduced as a disintegrating factor?

How much should it cost to ride the TTC? According to a new policy under consideration by the province’s regional transit agency, it should depend on how far you travel.

Metrolinx, the provincial organization that oversees transit for the GTHA, is considering a fare model for the area’s transit operators that would see all passengers on buses, streetcars, subways, and GO Transit pay by distance.

A report on the issue will be discussed at Friday’s Metrolinx board meeting, as part of its ongoing fare integration project that aims to standardize the pricing policies of GO and the region’s nine municipal transit agencies.

The fare-by-distance model was made public Tuesday, and joins three other proposals that were already under consideration.

“It would be system-wide and be a very major dramatic change,” said Leslie Woo, chief planning officer for Metrolinx, “but it would enable greater consistency in fares (across the region) and it would better reflect the cost of the length of the trip.”

Woo said more work needs to be done to determine which model is best.

The three original options are: a modified version of the status quo that would provide discounts for riders crossing between the TTC and GO; a zone-based system that would charge riders more for crossing defined boundaries; and a hybrid that would have a flat rate for local bus travel but charge by distance or zone for subways and regional rail.