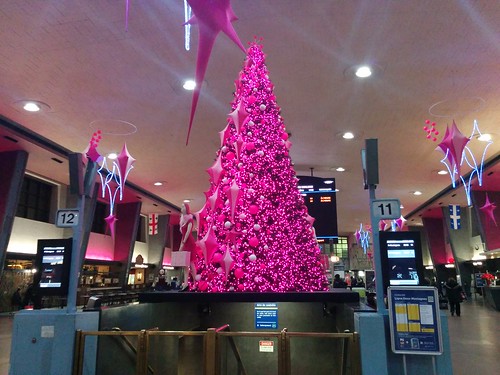 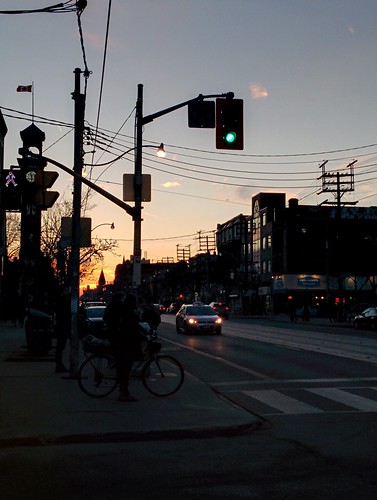 NOW Toronto's Shantal Otchere reports on how the Shaw Festival is overseeing a $25 bus shuttle connecting downtown Toronto to Niagara-on-the-Lake, for festival attendees.

If you bring them they will come.

At least that is the hope for the minds behind this year’s Shaw Festival. On the heels of this season’s lineup revamp, courtesy of new artistic director, Tim Carroll, the Shaw Festival is introducing a shuttle service for festival attendees between Toronto and Niagara-on-the-Lake.

The service, which costs $25 for a round trip – theatre goers do not have to return same day – launches in April.

“It’s a new alternative for some people who are already coming but it’s also a way to get and attract more folks who can’t or aren’t anymore,” says Tim Jennings, the Shaw fest’s executive director.

The shuttle service had been in the works for quite some time – at least as long as Jennings had taken up post as the Executive Director last year. After sorting out the matter of funding, the fest’s team is excited to roll out the new service for the first time this year in a bid to draw in a more diverse audience and encourage more social interactions between festivalgoers and programmers.

The Toronto Star's Peter Goffin reports on the online response to the TTC's plan to close down the Queen streetcar line this summer.

The TTC’s announcement that it will replace streetcars with buses during repairs to Queen St. this summer has jumpstarted conversation on social media.

Facebook and Twitter were flooded Wednesday morning with Torontonians bemoaning the change to their commute, criticizing the timing, and complaining about the construction projects that are causing the conversion.

Some were worried that putting more buses on the road would create more pollution.

“Buses are more harmful for the environment than streetcars, as streetcars run on electricity and not fuel,” wrote TJ Phelan on Facebook.

blogTO's Amy Grief looks at the speculation in Koreatown as to what will happen to this Bloor West neighbourhood after Honest Ed's and Mirvish Village are gone.

Mirvish Village is vacant and Honest Ed's had its big goodbye party this past weekend. The end is nigh for the southwest corner of Bloor and Bathurst as the wrecking ball slowly swoops in.

While the intersection was lively this weekend, it's going to be pretty quiet for the next little while. That's why I spoke to some of those nearby to see what they think about living and working near a ghost town.

“I think it does feel a bit empty in this moment, but I don’t think it’s really hit a lot of us until we start to see the kind of demolition of buildings,” says Adil Dhalla, one of the organizers behind last weekend's festivities. We spoke as he was setting up the space.

Dhalla is also the executive direct of the Centre for Social Innovation, which is headquartered just south of Honest Ed's.

The CSI also has a location in Regent Park, so Dhalla knows it can be complicated to watch as a neighbourhood changes.

The Globe and Mail's Oliver Moore reports on Metrolinx's announcement that it is searching for a new transit car maker to replace Bombardier.

Metrolinx has opened talks with another transit builder as it pushes for a quick resolution to its legal showdown with Bombardier Inc. over a $770-million light-rail vehicle order for Toronto.

The regional transit agency alleges in a 2,000-page court filing that Bombardier’s delays are putting the $5.4-billion Eglinton Crosstown LRT project at risk. And it argues that the Montreal-based company is trying to drag out the legal process so that Metrolinx won’t have enough time to go to another supplier, even if it wins in court.

At issue are the 182 transit vehicles destined primarily for the Crosstown – which is under construction and scheduled to open in 2021 – and an LRT project planned for Finch Avenue West.

Metrolinx will be on the hook for major fines if the vehicles don’t arrive in time to open the Crosstown as scheduled. The agency, an arm of the provincial government, is also keenly aware that its political masters could change next year and is under pressure to show it can deliver big projects.

I am glad that, as reported in David Friend's Canadian Press article at the Toronto Star, there might be some kind of music retailer in Canada, at least for a time.

Sunrise Records is placing a major bet on Canadian music sales with plans to move into 70 retail spaces being vacated by HMV Canada.

The Ontario-based music retail chain has negotiated new leases with mall landlords across the country.

Sunrise’s expansion gives the company a quick foothold in the Canadian music scene just as the industry’s largest retailer closes shop. Stores will begin to open this spring after HMV liquidates and removes its signs.

“It’s a good opportunity for us to get a lot more stores open,” Sunrise Records president Doug Putman told The Canadian Press in an interview.

“We think there needs to be a great outlet across Canada to buy music.”

In an interview with the discoverers, Meagan Campbell of MacLean's explores how fossils 3.8 billion years old were found in a rock formation in northern Québec.

The oldest proof we have of life on Earth is in Quebec, according to a team of international researchers. On the edge of the Hudson Bay, geologists and biologists from England, Australia, the United States and Canada collected fossils of microscopic lifeforms. On March 1, they published an article in the journal Nature, suggesting that these lifeforms existed 3.7 to 4.3 billion years ago, before the planet had oxygen or oceans—meaning life could begin in other barren parts of the universe, too. For a look behind the scenes of the discovery, Maclean’s spoke with Jonathan O’Neil, a geologist at the University of Ottawa who dated the fossils.

Q: Can you describe the moment of discovery?

Q. Why is the finding controversial?

A: Rocks are always dated with radioactivity. We use that as a timer. The golden standard for us is we’re trying to date a certain mineral, a Zircon. We’re excellent at it. We can get super nice and precise and robust dates. The only drawback is you need Zircons to do it. These rocks from northern Quebec, they don’t have them. We used a different clock. It’s only good for rocks that are 4 billion years old. We’ve done it for some rocks from the moon, but it’s the first time we’ve done it on Earth.

I've just discovered the music of Canadian star Grimes, and I have just discovered Kelefa Sanneh's long-form article about her from The New Yorker. Sanneh does a great job at looking at the life, background, and influence of a musician who really is unclassifiable, in what I think are very good ways.

It takes two hours and forty-five minutes to get from Los Angeles to San Diego by train, and a little longer than that if there is a mechanical delay, which on this day there was. Claire Boucher, curled up in a window seat on the train’s non-ocean-view side, didn’t seem to mind, or even notice. It was July, 2014, and, because she hates flying and doesn’t relish driving, she was heading, slowly, to Comic-Con, which attracts huge numbers of geeks, many of whom bring along their alter egos. Boucher’s alter ego is Grimes, the name under which, since 2009, she has been producing and singing home-brewed electronic music that is irreducibly weird but insistently pop, a term that describes both its sound and, increasingly, its reception. She fills tents at festivals, and this summer she toured with Lana Del Rey; her music videos have amassed tens of millions of views on YouTube. That weekend, CraveOnline, a media company aimed at young men, had hired Boucher—or, rather, Grimes—to be the celebrity d.j. at a party aboard the U.S.S. Midway, a decommissioned aircraft carrier moored in San Diego Bay.

“Should my d.j. set be more chill?” Boucher wondered, not for the first time. (“Chill,” one of her favorite adjectives, can mean “mellow” or “good” or, most often, both.) “Or more dance?” She was thinking about songs, as she almost always is.

The intensity of Boucher’s musical obsessions can make her seem like a mad pop scientist. On her bustling Tumblr page, she keeps track of her research into a cultural universe that seems, like its physical counterpart, to be expanding at an increasing rate. Her followers might encounter a snippet from the Japanese soundtrack composer Yoko Kanno, or a fan-made video set to the music of the electronic producer Aphex Twin, or a recent Selena Gomez single—which, Boucher has discovered, sounds particularly arresting in a car equipped with subwoofers. In her own songs, Boucher takes delight in rewriting the old music-industry story of the female performer in the spotlight and the male mastermind behind the curtain. “It’s like I’m Phil Spector, and then there’s Grimes, which is the girl group,” she says. She got her start in Montreal, part of an underground experimental-music scene, but now she herself is the experiment, as she tries to figure out what “pop star” means in 2015, and whether she might become one.

For the moment, many of Boucher’s fans come from the world of indie rock, which has championed her as a new kind of pop auteur. One of her signature songs is “Oblivion,” an upbeat but ominous dance track; Boucher doesn’t sing it so much as haunt it. “Oblivion” never appeared on any Billboard chart, but last year Pitchfork, the definitive indie publication, called it the best song of the decade so far, which was a complicated sort of compliment. “Oblivion” was a great choice to top the Pitchfork list precisely because it was not an obvious choice.

The Grimes song "Kill V. Maim" is one I've been playing a lot this week, with its video set partly in Toronto's abandoned Lower Bay Station and a threateningly manic song with a chorus--"Are you going to the party?/Are you going to the show?"--inspired by Godfather's Al Pacino and by Harley Quinn.

Grimes, a.k.a. Claire Boucher, appears on the latest episode of the “Song Exploder” podcast, a must-listen for music fans who want to hear their fave artists talk about how they created their own songs. In it, Grimes breaks down her thrashing Art Angels cut “Kill V. Maim,” revealing the impetus of it was a friend who doubted her ability to be musically aggressive.

“He kept doing these cute little plucky things, and I was like ‘No, no, let’s make a hard song.’ He was like ‘No, no, you make cute music.’ I was so horrified,” Grimes recalls. “So I went home after that sort of wanting to prove that I could make something that’s going to be really aggressive that I would want to play during an action sequence in a movie.”

After that, she set out to make something that could soundtrack the trailer for a fictional crossover of The Godfather and Twilight. Add in a lot of kick drums, some cleverly buried samples of cheering crowds, and what Grimes calls a “scary, demon chorus” inspired by Harley Quinn, and you have “Kill V. Maim,” which she reveals is “probably my favorite song I’ve ever made.”