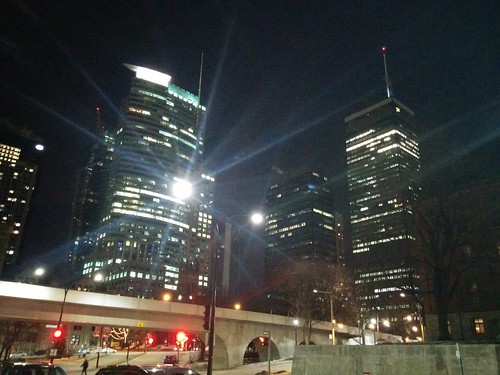 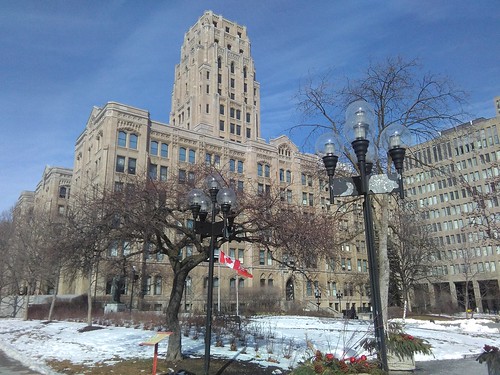 CBC News' Haydn Watters reports on what the music retail industry thinks about Sunrise Records' ambitious takeover of HMV stores across Canada. This does sound as if it could fail, badly.

Toronto's Sunrise announced last week it will be taking over 70 HMV stores in malls across the country, with the aim of having them up and running by midsummer and turning a profit by next year.

If it works, it's a boon for the industry, said Spencer Destun. But he's got his reservations. Destun runs the last surviving Sam the Record Man location at Belleville, Ont.'s Quinte Mall. Since opening in 1979, he said, he has seen about eight or 10 chains come and go — and his store is all that's left of Sam the Record Man.

"It's very tough to operate a store in a profitable manner today because the market is shrinking," he said.

"I can't even imagine the amount of organization and work that's going to take. Thank God they have some experience in the marketplace."

Sunrise currently has 10 locations in suburban Toronto and rural Ontario. Destun said he can't think of another instance in any industry where a business has tried to "tenfold their increase."

Bloomberg's Lucas Shaw notes that although Spotify is not yet profitable, it has managed to accumulate quite a few subscribers. Will this be enough to let it last?

The service, owned by Stockholm-based Spotify Ltd., has been growing at a breakneck pace. The company said it had 30 million subscribers less than a year ago, and 40 million subscribers in September. Apple Inc., owner of the second-largest paid service, said last month its streaming service has more than 20 million customers.

Adding paying customers will help Spotify pitch investors, who expect the company to file for an initial public offering and are looking for signs the company can convert its growing subscriber base into a sustainable business. Spotify, which is unprofitable, generates almost all of its sales from subscriptions, though the music service also has tens of millions of additional users who listen for free, supported by advertising.

blogTO's Derek Flack reports on how High Park North is facing the prospect of significant change, with proposals to densify sharply an area that already has plenty of high towers.

A number of Toronto's neighbourhoods are in the midst of major transformations thanks to the onslaught of high rise construction that continues to reshape the city's skyline.

Areas like Yorkville, Lower Yonge Street, and the waterfront get a lot of attention, but they're far from alone.

Development pressure has, for instance, ramped up in High Park. In addition to a completed development on Bloor Street, directly across from the park, a slew of other proposals would see the residential neighbourhood to the north fill up with high rises.

With numerous apartment blocks dating back to the late 1960s and 70s, tall buildings are not foreign to these residential streets.

But after an initial surge of activity in conjunction with the arrival of the Bloor-Danforth subway line, the area between Bloor and Dupont streets has been mostly unchanged.

The Canadian Press reports, in an article hosted at MacLean's, that media productions are huge parts of the Toronto economy.

Film, television and digital productions contributed more than $2 billion to Toronto’s economy in 2016, Mayor John Tory said Monday as he promised to streamline regulations, helping the city compete with other global destinations.

Calling the industry a “key economic driver” for the city, Tory said that 2016 topped the previous high of $1.5 billion in 2015.

Tory said $800 million of last year’s total came from Los Angeles-based productions, adding that Toronto will have to fight to keep the business.

The mayor said he met with the studios to thank them for their business and to find out what would help them return to Toronto.

“They told me that we had to continue to invest in facilities,” he said.

At the Unviersity of Toronto at Mississauga's newspaper The Medium< Sabiha Shah discusses a recent lecture by Anishinaabe artist Susan Blight talking about ways Toronto can better engage with its living First Nation heritage.

Last Tuesday, Susan Blight delivered Hart House’s annual Hancock Lecture, titled “Land and Life in Tkaronto: New Solidarities Toward a Decolonial Future.” Blight is an Anishinaabe artist, filmmaker, arts educator, and activist from Couchiching First Nation. She is nationally recognized for her work in language revitalization. Blight is also a presidential appointee to the Hart House Board of Stewards, and organizes U of T’s annual Indigenous Education Week.

As the country celebrates its 150th anniversary, Blight sheds light upon Toronto’s 15,000 years of history. She began the lecture by introducing her clan and origins, acknowledging the Indigenous territory that we occupy. The intent of Blight’s lecture was to promote Anishinaabe land, history, knowledge, and particularly, the language—Anishinaabemowin.

“At the centre of the project is the revitalization of the Anishinaabemowin,” noted Blight, “[…] as a pushback against the settler-colonial system in Canada—a system whose objective with regards to Indigenous peoples has not changed.”