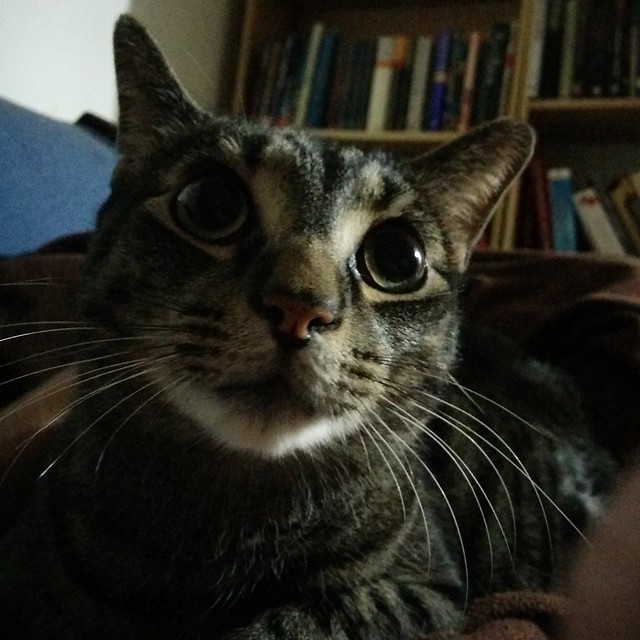 With the doors to Honest Ed's officially closed for good, it's time to turn our attention to the future of Mirvish Village. We now have a much better of idea of what it'll look like that thanks to the most recent planning documents filed by site developer Westbank.

The Honest Ed's and Mirvish Village project has undergone extensive revisions in response to community consultation, heritage evaluation and municipal feedback. Now in its third iteration, the plans are starting to resemble what we might see in the next few years.

Some of the highlights from the most recent renderings of the project include a sprawling public park that stretches out from Markham Street, a slick new market building that'll span 20,000-plus square feet, and a micro retail corridor roughly where Honest Ed's Alley once was.

The average price of homes sold in the Greater Toronto Area last month soared 27.7 per cent compared with a year ago, the city’s real estate board said Friday.

The number of properties sold rose 5.7 per cent from February 2016, even though last year was a leap year which added an extra day of sales, the Toronto Real Estate Board said.

“The listing supply crunch we are experiencing in the GTA has undoubtedly led to the double-digit home price increases we are now experiencing on a sustained basis, both in the low-rise and high-rise market segments,” Jason Mercer, TREB’s director of market analysis, said in a statement.

“Until we see a marked increase in the number of homes available for sale, expect very strong annual rates of price growth to continue.”

The Toronto Star's Tess Kalinowski looks at how condo neighbourhoods are starting to engage with the various troubles associated with short-term rentals, through services like Airbnb.

Kahile Gondo has lived in her downtown condo for about five years. But even though it neighbours two of the busiest, most eclectic places in the city — the Eaton Centre and Yonge-Dundas Square — Gondo only recently began locking her unit door when she’s at home.

“There’s 44 floors in this building with about 10 units on each and I’ve never had a sense something was wrong,” she said.

But when she returned from her Christmas holiday, Gondo, 26, noticed a couple she had never seen before in the hallway. As the days passed, more strangers appeared on her floor. She also smelled smoke, something she had never noticed in the past.

“I didn’t get a good feeling in the pit of my stomach. I told my brother (who lives with her), ‘We should lock our doors because I don’t feel safe,’ ” she said.

The Toronto Star's Tess Kalinowski reports on a study that suggests, plausibly enough, that increases in GO Transit rail service to outlying communities in the Greater Toronto Area will boost real estate prices there.

The plan to expand the GO train system to 15-minute, all-day two way service could increase some Toronto area property values up to 12 per cent.

It could also make housing up to 18 per cent more affordable in some areas of the region, according to a study of 773 communities commissioned by the Toronto Real Estate Board (TREB).

But maximizing those benefits depends on local municipalities making it attractive for commuters to get to the station, said the president of a data analytics company that studied the impact of GO’s Regional Express Rail (RER) expansion on Toronto region housing prices and affordability.

“While the GO station may be close to people it may not be accessible to them,” said Paul Smetanin, president of the Canadian Centre for Economic Analysis (CANCEA).

Areas that stand to gain the most in terms of affordability from RER are those outside the city, places such as Barrie, Guelph, Hamilton and King.

Marcus Gee's extended feature in The Globe and Mail reports on how Shelburne, a farming town far to the northwest of Toronto that I frankly had never heard about before today, is starting to be overtaken by the effects of the Toronto real estate boom. That the return trip to Toronto for commuters is on the order of five hours is apparently not an issue for buyers.

The soaring new office and condominium towers of downtown Toronto have come to stand for the dynamism of Canada’s biggest city. But if you really want to understand the staggering growth of greater Toronto, don’t look up, look out – way, way out. Look at what is happening to tiny Shelburne, fully 100 kilometres from the city centre.

For generations, this was a sleepy farming community where everybody knew everyone. Farmers would drive their cattle down the muddy main street to board trains to Toronto slaughterhouses. Motorists on the road to the ski chalets of Collingwood or the beaches of Lake Huron would pass by with hardly a second thought.

Today, little Shelburne is the second-fastest-growing town in all of Canada.

New census figures show it grew 39 per cent between 2011 and 2016, second only to Blackfalds, Alta., near Red Deer, among municipalities with a population of at least 5,000 and located outside a major metropolitan area.

People from down the road are flocking to Shelburne (its official slogan: “A people place, a change of pace”) to take advantage of the fresh air, open spaces and house prices that are still in the realm of sanity. Some commute all the way to downtown Toronto and back, an odyssey that can take five hours, round trip.